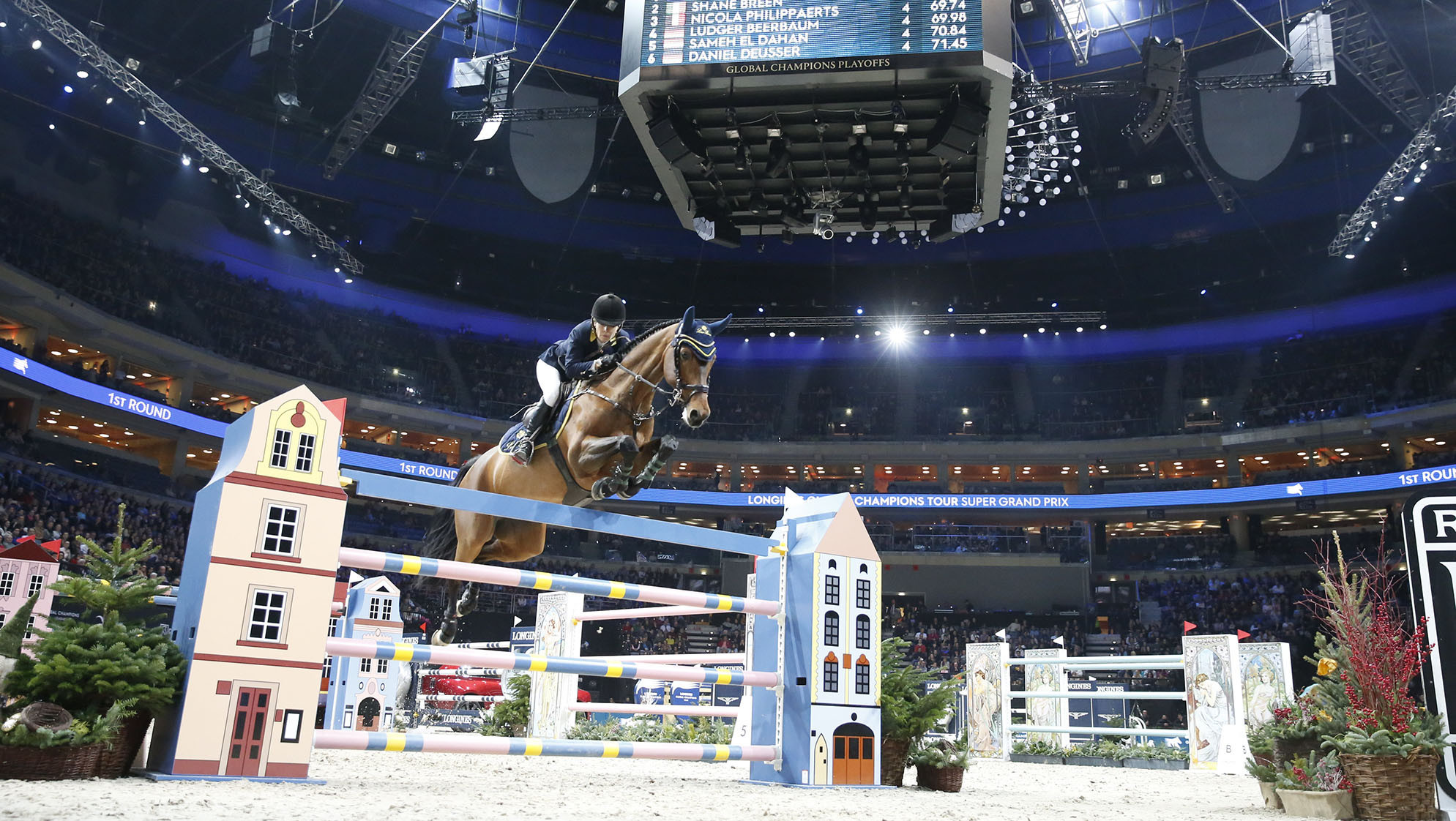 The 2019 Longines Global Champions Tour (LGCT) season finale is set to begin in Prague tomorrow, with the world's greatest showjumping talent ready to battle it out in the lucrative Playoffs.

The GC Playoffs, which bring together all of the individual winners of this season's LGCT Grand Prix events to face off in the coveted LGCT Super Grand Prix, will unfold across four days at the Czech capital's O2 Arena.

Newly crowned LGCT champion Ben Maher of Great Britain is among those in the A-list line-up.

He is joined by a number of other big names, such as Germany's Marcus Ehning, Ludger Beerbaum and Daniel Deusser.

"I am very happy to have finally qualified for the LGCT Super GP in Prague," Ehning was reported as saying by CNN.

"I was very close to qualifying for it last year and this year I really wanted to achieve it.

“My goal was finally achieved in New York and I am thrilled to ride."

Many teams are taking advantage of the opportunity to send four riders, giving owners and managers flexibility to make crucial tactical decisions each day as only three riders per team are able to compete in the quarter-final, semi-final and final stages.

Madrid in Motion fought off high pressured attacks from 15 other teams to take the inaugural GCL Super Cup in 2018.

Local supporters will this year be able to get behind the Prague Lions team - consisting of Belgium's Niels Bruynseels and Wilm Vermeir, The Netherlands' Marc Houtzager and Gerco Schröder, Germany's Marco Kutscher and under-25 talent Anna Kellnerová of Czech Republic.

Bruynseels, who has also qualified individually for the LGCT Super Grand Prix, spoke of the incredible support the team felt from the home supporters in 2018 and has vowed to make them proud this week.

"The crowd last year were amazing, lots of people with a full house," he said.

"We will do everything to take the best results here - for me personally on Saturday (November 23) evening and also for the team."

Prague Lions team manager Jessica Kurten added: "The support from the local fans is vital to help us against such strong opposition.

"I don’t underestimate the other teams."