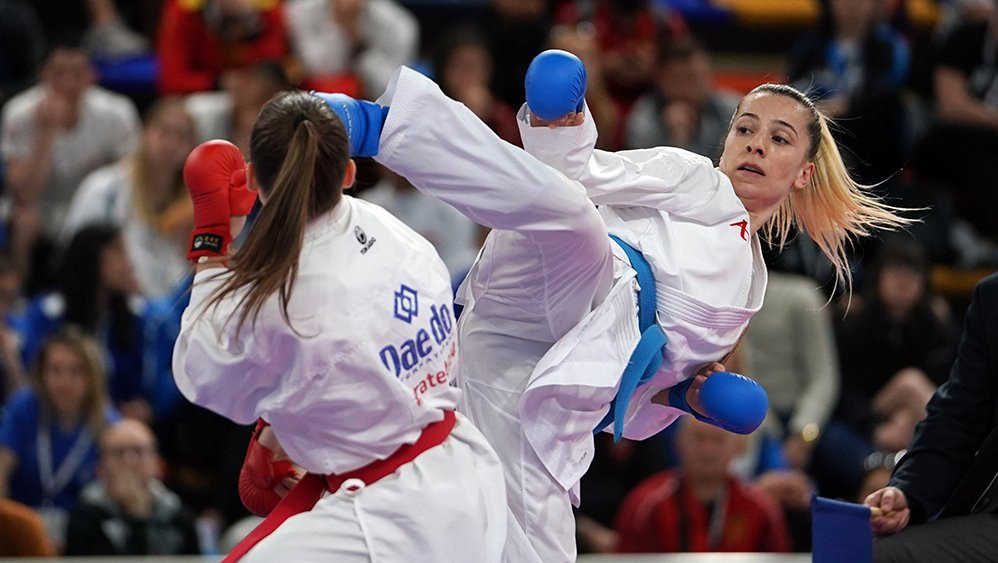 The World Karate Federation has updated its standings that will determine qualification for the sport’s Olympic Games debut at Tokyo 2020.

The top four karateka in each category, together with one from the host country Japan, will qualify for next year's Olympics.

Japan’s Ryo Kiyuna and Spain’s Damián Quintero are the clear leaders in the men’s kata standings, with point totals of 8,250 and 7,177.5 respectively.

Due to the presence of Japanese athletes in top positions - including Kiyuna, fourth-placed Kazumasa Moto and fifth-placed Issei Shimbaba - the rest of the qualifying places currently go to sixth-placed Antonio Díaz of Venezuela and seventh-placed Mattia Busato of Italy.

Less than 700 points separate the top three positions in the men's kumite under-67 kilograms standings.

Kazakhstan's Darkhan Assadilov remains in first place with 7,042.5 points, while Italy's Angelo Crescenzo is second with 6,645 and France's Steven Da Costa is third with 6,390.

The last of the qualifying spots currently belongs to Egypt's Ali Elsawy.

He has a lead of 465 points over Ken Nishimura, who holds the Japanese quota in the category.

Turkey's Uğur Aktaş is the leader of the men's kumite over-75kg standings with 7,417.5 points, which is 765 more than nearest challenger Sajad Ganjzadeh of Iran.

After dominating all the major events of the season so far, Spain's Sandra Sánchez and Japan's Kiyou Shimizu have acquired a considerable lead in the women's kata standings.

Ukraine's Anzhelika Terliuga is 570 points behind in second place.

China's Yin Xiaoyan is the leader of the women's kumite under-61kg category with 6,960 points, followed by Egypt's Giana Lotfy with 6,315.

World champion Jovana Preković of Serbia and Turkey's Merve Çoban round off the list of athletes in qualifying positions.

The host country quota goes, for the moment, to Mayumi Someya.

In the women's kumite over-61kg, the qualifying positions go down to seventh place due to the merging of categories.

Azerbaijan's Irina Zaretska is the leader with 5,782.5 points and is followed by Ayumi Uekusa, who is the first-placed Japanese representative, with 5,220.

The full Olympic standings can be viewed by clicking here, with the final update of the year due to be carried out at the beginning of December.