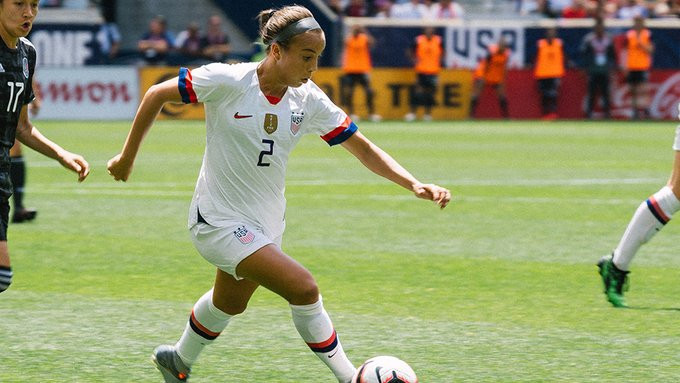 Two places at the 2020 Olympic Games in Tokyo will be on offer at the competition, due to take place in Texas and Los Angeles from January 28 to February 9.

World champions and four-time Olympic gold medallists the United States have been drawn in Group A, alongside Costa Rica, Panama and Haiti.

The BBVA Stadium in Houston, home to Major League Football side Houston Dynamo and the Houston Dash of the National Women's Soccer League, will stage Group A matches.

H-E-B Park in Edinburg, Texas will be the venue for all games in Group B.

Looking back on the best moments of the 2016 Concacaf Women's Olympic Qualifying tournament 🏆 #CWOQ pic.twitter.com/xBNhqvL3A5

Dignity Health Sports Park in Los Angeles, home to the Los Angeles Galaxy, is scheduled to host the semi-finals and the final.

The winners of the two semi-finals will book a place in the Olympic women's football tournament at Tokyo 2020.

The US, winners of each of the last four Olympic qualifiers, suffered a disappointing quarter-final exit to Sweden at the 2016 Games in Rio de Janeiro but lifted this year's FIFA World Cup.

The hosts will be strong favourites to secure one one of the two Olympic berths on offer at the qualifier.

"It will provide a great opportunity for fans to enjoy watching current FIFA world champions  the US, and fellow 2019 World Cup participants Canada and Jamaica, as they compete with the region’s best for the honor of representing their nation at Tokyo 2020."