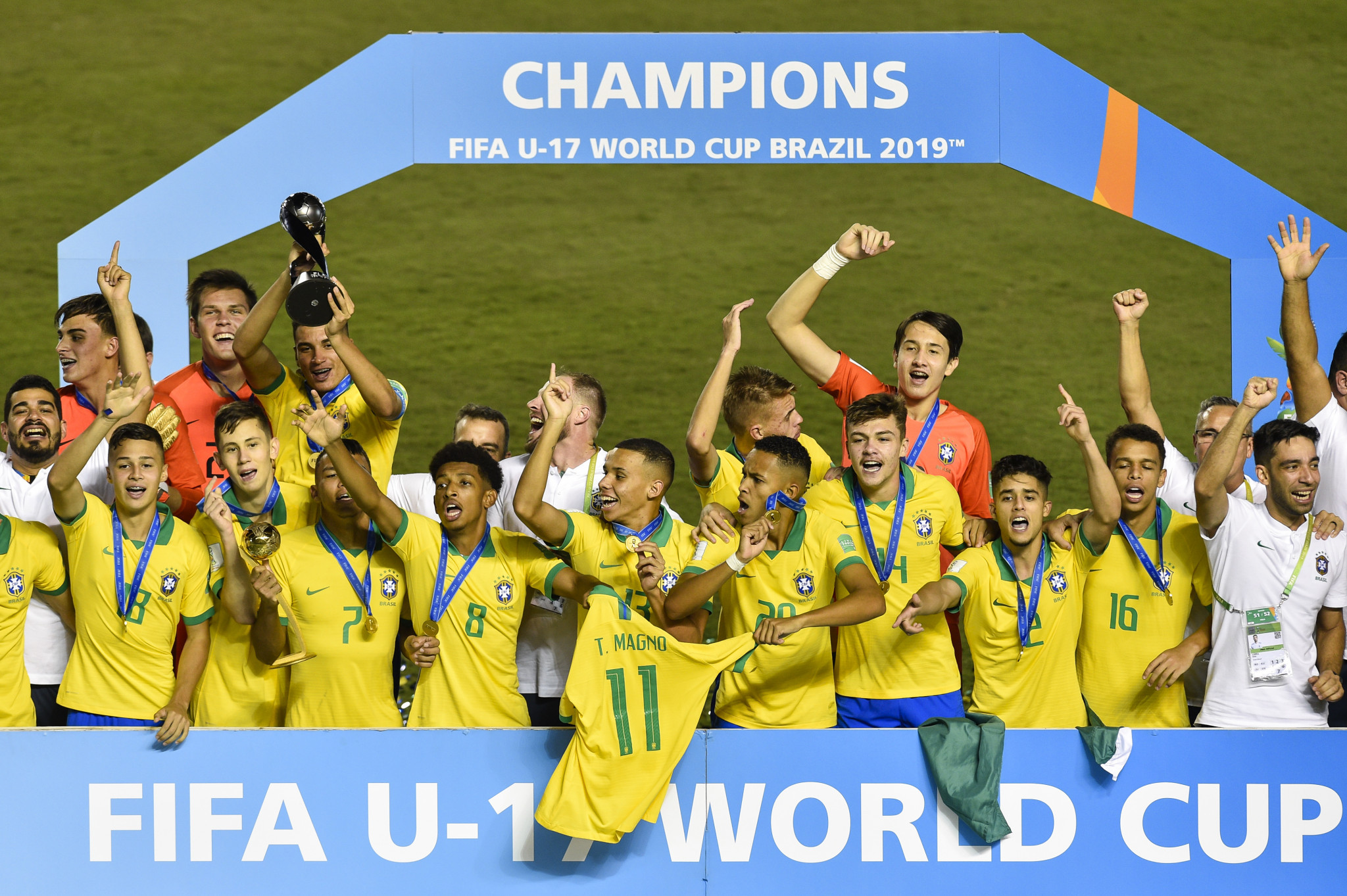 Hosts Brazil scored two late goals to win the FIFA Under-17 World Cup as they stunned Mexico with a 2-1 victory.

The South Americans looked down-and-out with six minutes left of the final as they trailed 1-0 at Estádio Bezerrão in Gama following Bryan Gonzalez's strike.

They were handed a penalty reprieve in the 84th minute, however, when Alejandro Gomez was adjudged to have fouled Gabriel Veron.

Kaio Jorge kept his cool to convert from the spot and substitute Lázaro then sparked wild celebrations by volleying in a winner in the third minute of stoppage time.

It meant a fourth title for Brazil who last won the age-group event in Finland in 2003, with Lázaro the hero for the second game in a row.

In the semi-finals against France he struck with a minute left as Brazil recovered from 2-0 down at half-time to win 3-2.

The home side enjoyed large spells of pressure in the final but it seemed their wastefulness would come back to haunt them when Gonzalez headed home after 66 minutes.

But their comeback was witnessed by a crowd of nearly 14,000 which included Brazilian legends and World Cup winners Ronaldo and Cafu.

"The generation born in 2002, even those who were not included in this squad, are all part of this," said Brazil's Yan Couto, who provided the assist for Lázaro's winner.

"We deserve the Cup – we're undefeated, after all.

"We have to think big – to think about eventually earning a place in the senior team and maybe even playing in a World Cup one day."

In the third place match, Arnaud Kalimuendo-Muinga scored a hat-trick as France beat The Netherlands 3-1.

Mohamed Taabouni gave the Dutch a 15th minute lead but Kalimuendo-Muinga replied just seven minutes later and then struck twice after the break.