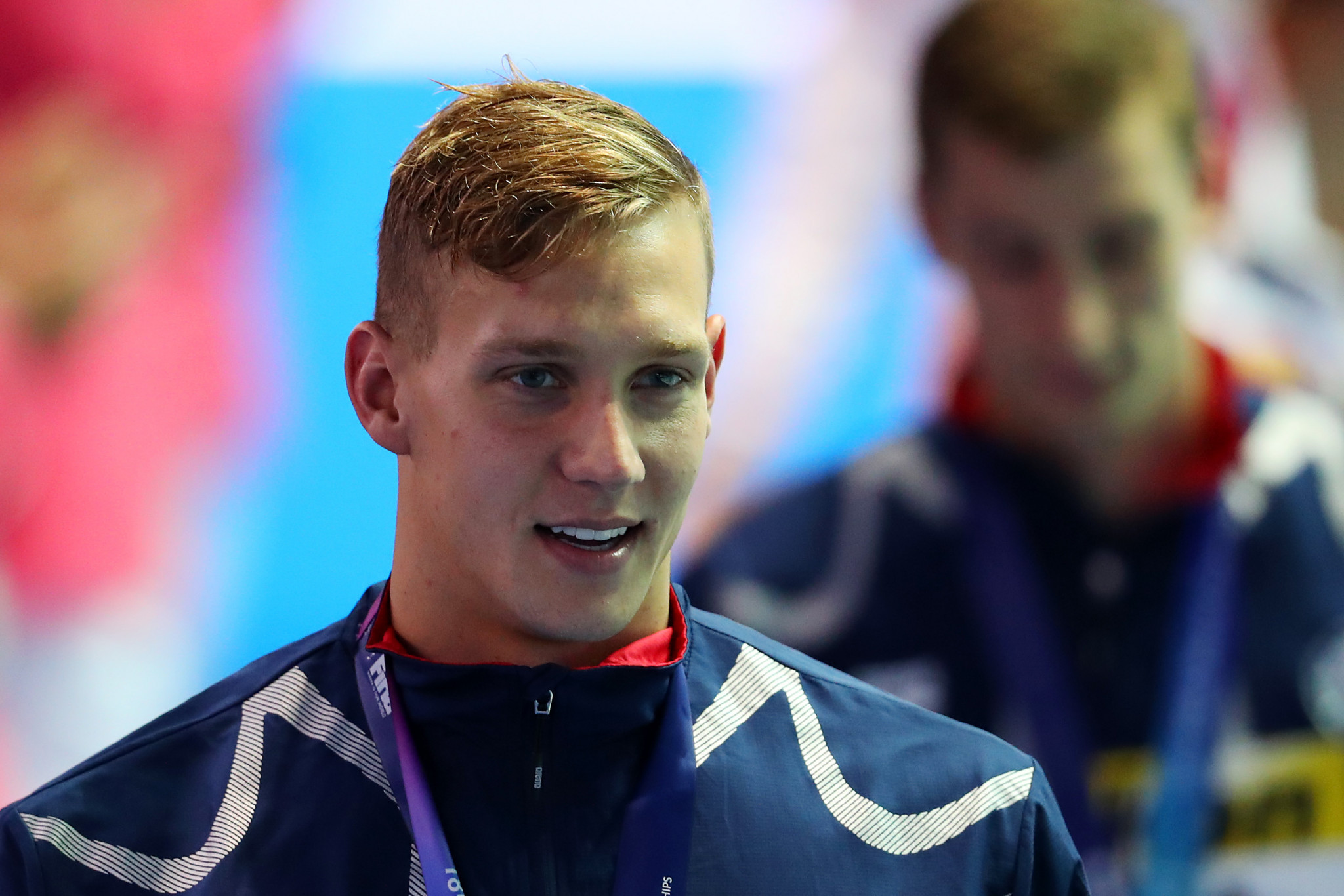 American Caeleb Dressel starred for the Cali Condors to give them a narrow lead at the International Swimming League's (ISL) United States derby match in Maryland.

The ISL's four American based teams - Cali Condors, Los Angeles Current, DC Trident and New York Breakers - took to the pool at Eppley Recreation Center and it was the Condors who prevailed on the opening day by just half a point.

Condors made a lightning start with six wins from the opening eight events, with Dressel claiming victories in the men's 100 metres butterfly, 50m freestyle and the 4x100m freestyle relay.

He also posted the quickest butterfly split as Condors placed third in the 4x100m medley relay.

US star Lilly King was a valuable asset for Condors in the women's races as she claimed wins in the 50m and 200m breaststroke to maintain her unbeaten streak in the inaugural ISL season.

At its largest, the Condors' lead was 17.5 points but some fine performances from LA Current swimmers reduced the deficit to just 0.5 points going into day two.

Beryl Gastaldello, Kathleen Baker and Andrew Seliskar were the key protagonists in the Current comeback, scoring 61.5 points between them.

Seliskar remains undefeated in the 400 individual medley with his third victory in the event, and finished second in the 200m freestyle.

Ian Finnerty from DC Trident was second behind Felipe Lima of LA Current in the 50m breaststroke but clocked an American record of 25.99sec for second place.

Melanie Margolis broke the 400m individual medley record with a time of 4min 24.46sec as she earned a crucial victory for Condors.

Breakers hold a 2.5 point lead over Trident in the battle for third place, scoring 167.5 points to the Tridents' 165.0 points on day one.

The action continues in Maryland tomorrow.