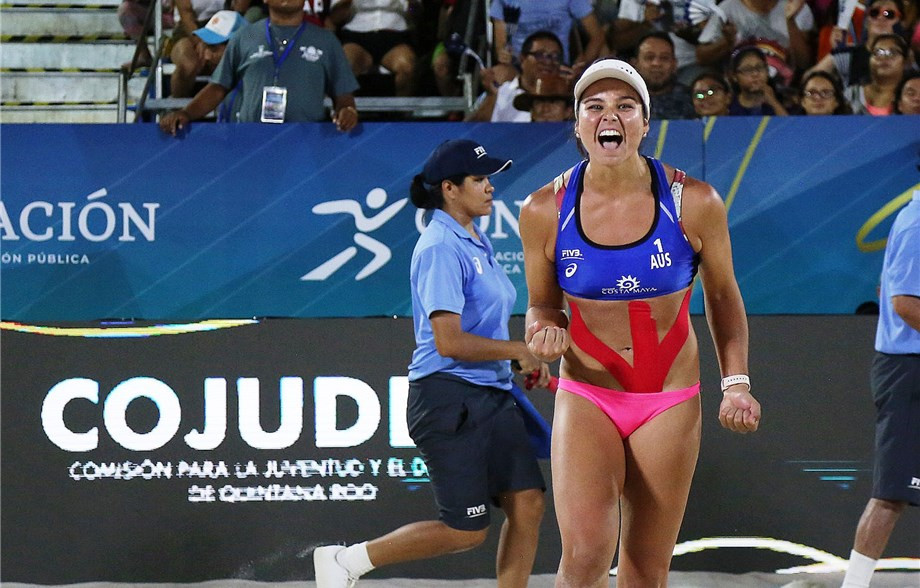 Top seeds Taliqua Clancy and Mariafe Artacho will play China's Fan Wang and Xinyi Xia in the women's final at the International Volleyball Federation (FIVB) Chetumal Open, but only after both pairs did things the hard way.

Each duo had to come from behind in both the quarter-finals and semi-finals in order to reach the showpiece match at Plaza Bicentenario in the Mexican resort.

In that clash they were 12-9 down at one point in the deciding tiebreaker and they had to dig deep again to win their semi-final encounter with Dutch pair Sanne Keizer and Madelein Meppelink, 20-22, 21-13, 16-14.

"It's incredible that we made it to the final," said Artacho, with the pair playing just their second tournament since July's World Championships after she suffered a knee injury.

"We've been taking this tournament match by match and we'll try to do the same with the final.

"We'll get some rest, prepare well and try to bring our best, so hopefully we can take the gold medal."

The competition is a four-star event on the FIVB Beach World Tour.

Top-seeded pair Alexander Brouwer and Robert Meeuwsen of The Netherlands will take on third-seeded Jake Gibb and Taylor Crabb of the United States in the men's final.

Gibb and Taylor Crabb knocked out Austria's Martin Ermacora and Moritz Pristauz 21-16, 21-14 in the last eight and then Germany's Alexander Walkenhorst and Sven Winter in the last four, 21-18, 21-14.

"This is such a special moment for us," Taylor Crabb said.

"We had two chances to win a bronze in big tournaments before and we didn't make it.

"We're guaranteed at least a silver here and we're obviously very happy about it, but we're definitely not satisfied, we're going for the gold."

Gibb, who is 43, would become the oldest-ever winner on the circuit should his duo be successful.

Both finals are tomorrow.