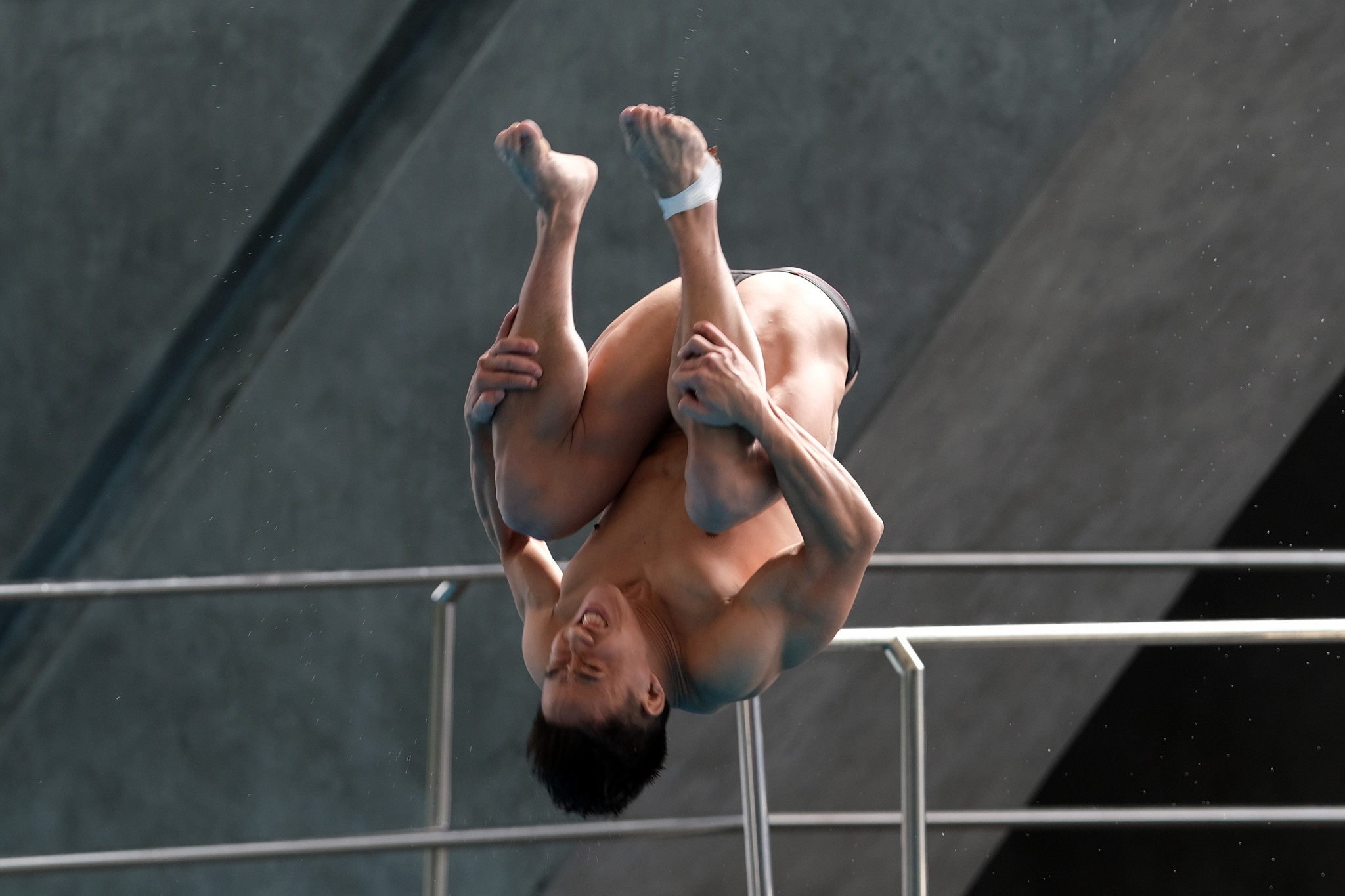 He achieved a score of 439.70 points to top the standings at the National Aquatic Centre.

Switzerland's Jonathan Suckow rounded off the podium on 405.35.

Alexis Jandard and Gwendal Bisch of France were third on 374.94.

Malaysia's Jellson Jabillin and Hanis Nazirul Jaya Surya were runners-up on 365.10, with Reo Nishida and Shunta Kaneko of Japan third on 344.40.

The eighth meet of this year's FINA Diving Grand Prix series will be followed by the conclusion of the circuit in Singapore from November 22 to 24.