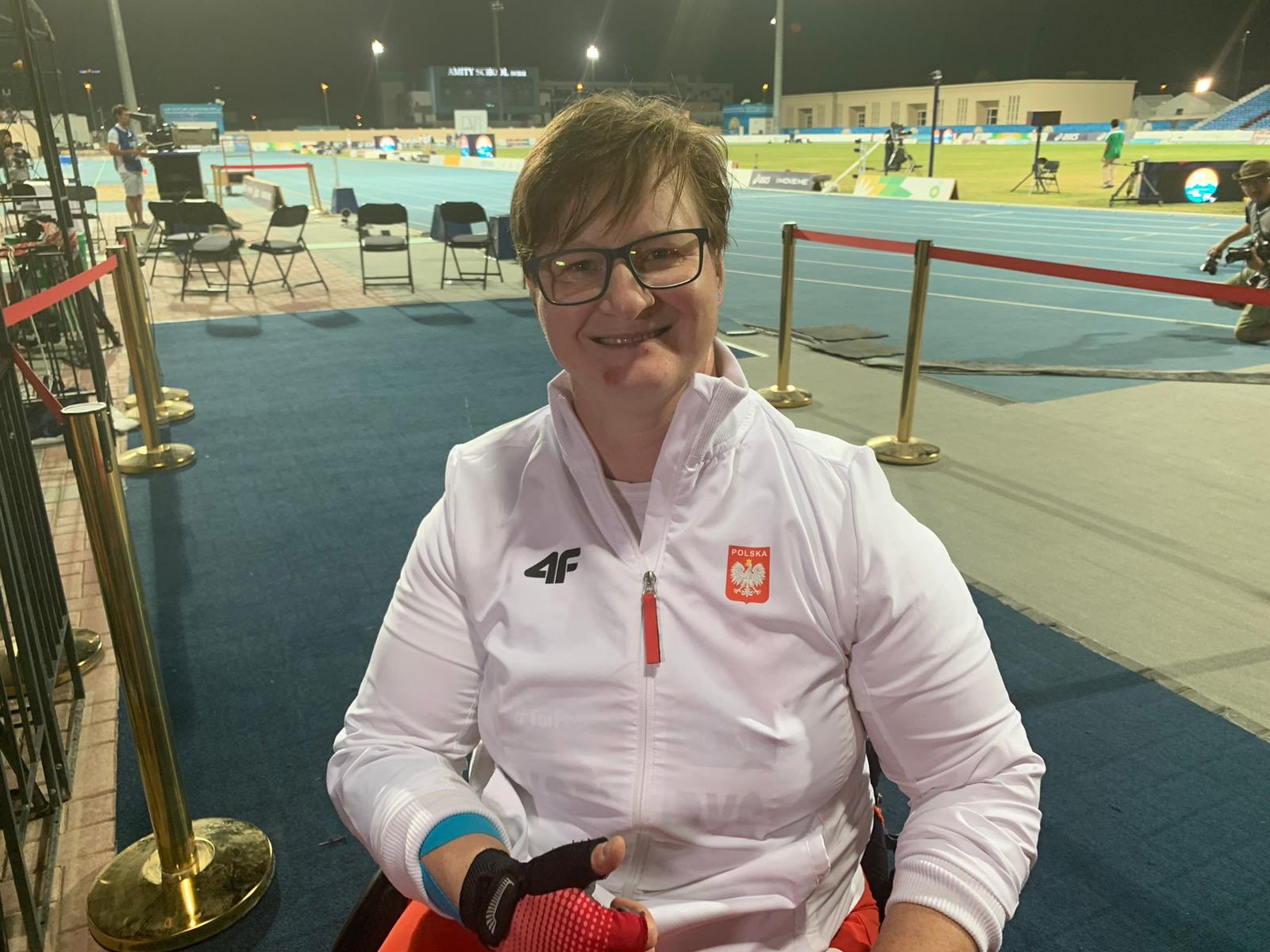 At the Dubai Club for People of Determination, Poland's Kornobys won the women's F33 shot put in a world record 7.81 metres, as American Cinnamo set a new men's F46 mark of 16.80m.

Russian Svetlana Krivenok was second best behind Kornobys with a personal best of 7.23m for silver, as Moroccan Fouzia El Kassioui collected bronze with an African record 6.42m.

Behind Cinnamo, Greg Stewart from Canada kept the records coming as he set a personal best of 16.30m.

Bronze was awarded to Nikita Prokhorov from Russia after he landed a throw of 15.54m.

China's Wen Xiaoyan secured world glory in the women's 200m T37, as she stopped the clock at 27.11sec for a world record to go with her gold medal.

She knocked 0.1 off Briton Georgina Hermitage's previous mark, as Mandy Francois-Elie from France finished second in 27.24.

Minutes later there was another world record, as Ukrainian Ihor Tsvietov lowered his own mark to claim men's 100m T35 gold.

Tsietov set the world record of 12.19 yesterday in qualifying for today's final, and he went faster again to ensure top spot on the podium, winning in 11.77.

Russian duo Artem Kalashian and Dmitrii Safranov also went under Tsietov's 12.19 record as they finished second and third, in 11.93 and 12.03, respectively.

Floors rounded the track in 45.78 for gold, as Dutch star Olivier Hendriks set a personal best 50.79 for silver.

The bronze medal went to Nick Rogers from the United States in 52.13.