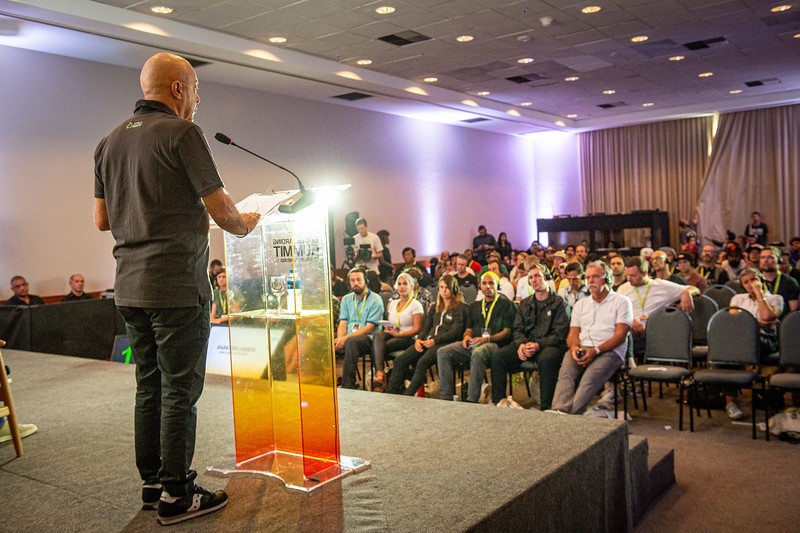 World Skate held its first international summit for stakeholders, as skateboarding prepares to make its debut at the Tokyo 2020 Olympic Games.

Representatives from National Federations joined World Skate President Sabatino Aracu in Rio de Janeiro for the summit, which addressed gender equality, judging certification and athlete safety, including the use of helmets in competitive skateboarding.

Shiran Habekost from the German Skateboarding Federation presented data on head injuries in competition and valuable information about concussions as delegates, ranging from younger to older generations, agreeing that further discussion on their use was necessary.

Aracu said: "This is an historical moment for all those who really care about skateboarders and skateboarding: here we have the most important stakeholders - skateboarders, judges, team managers, NGBs, industry representatives - and they are sitting all together for a constructive debate about key points such as gender equality, judging and athlete safety.

"All the people attending the Summit will have the chance to make their voices heard for the very first time."

The qualification system for 2020 was presented by Luca Basilico, including schedule dates and seeding changes.

At Tokyo 2020, 40 men and 40 women will compete in park and street skateboarding events.

A maximum of six athlertes will be eligible to compete per National Olympic Committee and must be listed by name in the World Skate rankings on July 1, 2020.

The World Skate World Skateboarding Championship Events will be held between October 2019 and June 2020, with the OWSR standings to be determined from June 2020.

During the summit, Martin Karas presented an update on the International Skateboarding Judging Comission report.

He outlined discussions on the pathway to judging certification and a judging code of conduct, while Renton Miller and Luca Basilico provided sub-commission reports on vert skating, downhill and slalom.

Masserini provided updates on the Ariake Urban Sports Park, which will host skateboarding at Tokyo 2020 and the Olympic Village.

Sanchez explained that there were more women on the judging panel than men at the World Beach Games in Doha, a first for the sport.

Presentations on coaching were also provided as Juergen Horrwarth and Eric Kirkwood offered informative insights into the skateboarding culture.

Aracu said he was proud of the federation's first summit.

He added: "We had the opportunity to gather all of our people and have them talking about their dreams, their doubts and their own points of view.

"It was a place where people who truly love skateboarding felt free to criticise and to propose.

"I'm fiercely convinced that a federation must always be open to criticism and the summit was the proof that we are on the right path."