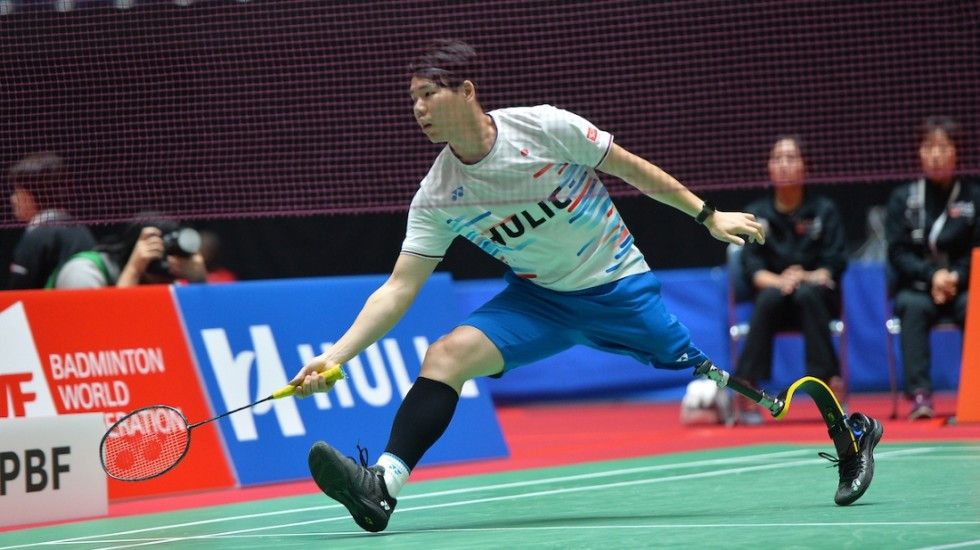 Home favourite Daisuke Fujihara made up for his defeat yesterday by beating India's Nitesh Kumar in straight sets at the Japan Para Badminton International, the sport's test event for next year's Paralympic Games.

The 25-year-old triumphed 21-19, 21-15 to place second in Group E of the men’s singles standing lower three event at the Yoyogi National Stadium.

It followed a mixed day yesterday when he firstly overcame Spain's Simon Cruz Mondejar 21-17, 21-10 and then lost 15-21, 15-21 to Thailand's Mongkhon Bunsun as the sport prepares to make its Paralympic Games debut at Tokyo 2020.

"When I lost yesterday I was very disappointed," Fujihara said.

"So last night I changed my mind and decided I will fight stronger and faster to win."

Fujihara is determined to repeat his gold medal-winning performance from 2017, when he beat England's Daniel Bethell, last year's champion, in the final.

Awaiting the Japanese player in the first knock-out round tomorrow is set to be Ukraine's Oleksandr Chyrkov, the runner-up in Group A behind world champion Pramod Bhagat of India after defeating Peru's Pedro Pablo de Vinatea 11-21, 21-11, 21-13 today.

Arguably the best match of the day saw Sweden's Rickard Nilsson bounce back from his loss against Russia’s Pavel Kulikov yesterday with a 21-14, 18-21, 21-12 victory over Japan’s Kaito Nakamura in Group H of the men’s singles standing lower four event.

"I think he got an energy boost in the second game, maybe from the cheering crowds.

"I was a bit shaken when he took the last few points to win the second but overall, I felt comfortable with my game and in the surroundings as well."

Nilsson, currently 10th in the Road to Tokyo 2020 rankings, will be looking to pick up more qualification points to secure his place at next year's Paralympics.

Action at the Japan Para Badminton International is due to continue tomorrow.