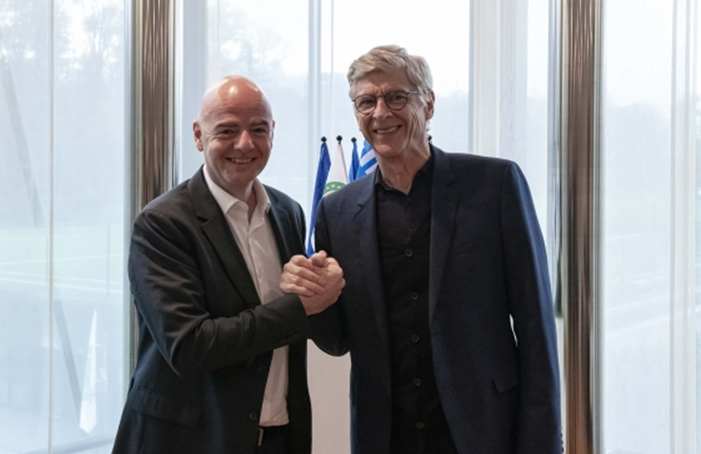 Arsène Wenger, the former Arsenal football manager, has been appointed to a senior role at FIFA, the world governing body.

he studious Frenchman, who recently celebrated his 70th birthday, has been named FIFA's chief of global football development.

The role will see him become FIFA's leading authority on technical matters.

This will include involvement in the decision-making process on potential changes to the laws of the game, as a member of advisory panels linked to the International Football Association Board (IFAB), which has determined these laws for well over a century.

Wenger said he would put "all my energy" into "this extremely important challenge".

He had, he added, "always been interested in analysing football from a broader perspective".

He believed FIFA was "determined to develop the game in its many different components".

FIFA President Gianni Infantino said Wenger's "profound knowledge and passion for the different aspects of our game" set him apart as "one of the most respected personalities in football".

After a mediocre playing career, Wenger found his métier as a manager, first in France with Nancy and Monaco, then Japan's Nagoya Grampus Eight and finally Arsenal.

During a 22-year stay in North London, he revolutionised English methods through meticulous attention to details such as training conditions and players' diets.

He led the Gunners to three Premier League titles, most recently the “Invincibles” season of 2003-04, and numerous FA Cups, before leaving in 2018.

Since then he has been linked with a number of high-profile jobs on the European club scene, including very recently at Germany's Bayern Munich, following the departure of manager Nico Kovač.