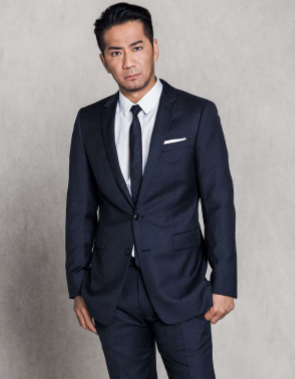 The event will take place at the Panathenaic Stadium in the Greek capital on March 19, a week after the flame's traditional lighting at Ancient Olympia's Temple of Hera on March 12.

Hiro, whose real name is Hiroyuki Igarashi, is the "leader" of Japanese group Exile, who have been described by Tokyo 2020 as a "national sensation".

He is a member of the Tokyo 2020 Culture and Education Commission and has also performed with the music group Zoo.

In 2015, he was awarded the Commissioner for Cultural Affairs Award for his contribution to Japanese culture.

"I am extremely honoured and humbled to have been chosen as the director of the Tokyo 2020 cultural segment of the Olympic Flame Handover Ceremony in Athens," Hiro said, who will perform with Japanese children.

"My main goal is to have our children, who are Japan's hope for the future, express the theme of the Torch Relay 'Hope Lights Our Way'.

"I would like the world to see the children's spirited performance, which will further build on the momentum leading up to the Olympics, but most of all, I will give it my all to make sure the children experience something they can take with them for the rest of their lives and to have it be an experience that will inspire them to build a bright future together."

Rio de Janeiro, the host of the 2016 Olympics, will officially hand the Torch to Tokyo in Athens, with the event also due to feature Greek and Japanese cultural performances.

A Torchbearer will enter the stadium and light the flame in a celebration cauldron, which will then be taken to Japan.

After its lighting at Ancient Olympia, the Torch will journey across Greece before arriving at the Panathenaic Stadium.

It will then arrive in Japan on March 20, before the host nation Torch Relay begins on March 26.