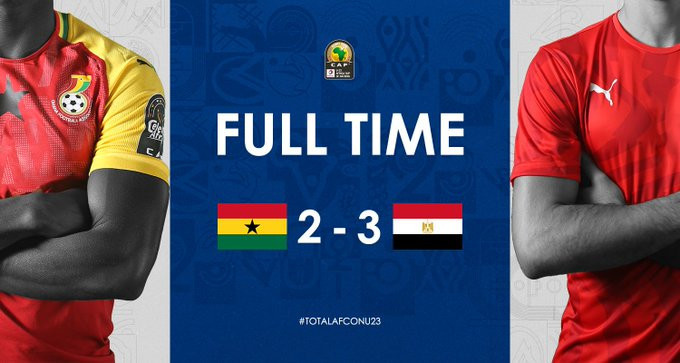 Ahmed Rayan's brilliant header in the 88th minute secured a 3-2 victory for the Pharaohs in the Group A match at Cairo International Stadium.

It was only six minutes earlier that man-of-the-match Ramadan Sobhi had brought Egypt level, cancelling out Samuel Obeng's goal just after half-time.

Ghana opened the scoring in the sixth minute through Yaw Yeboah before Mostafa Mohamed's second goal of the tournament, a well-placed header, evened things up.

Egypt's victory comes on the back of their 1-0 win over Mali on Friday (November 8) and moves them onto six points.

They are followed in the Group A standings by Cameroon, who themselves beat Mali 1-0 today.

Franck Evina scored the winner in the 76th minute, marking his second goal in as many games.

The midfielder also opened the scoring in his team's 1-1 draw with Ghana on Friday.

"It’s an amazing feeling to score the winner," Evina said.

"I hope to continue on that because our target is to reach the Olympics.

"I thank my team-mates for their help and performance."

Mali are the first side to suffer elimination from the competition.