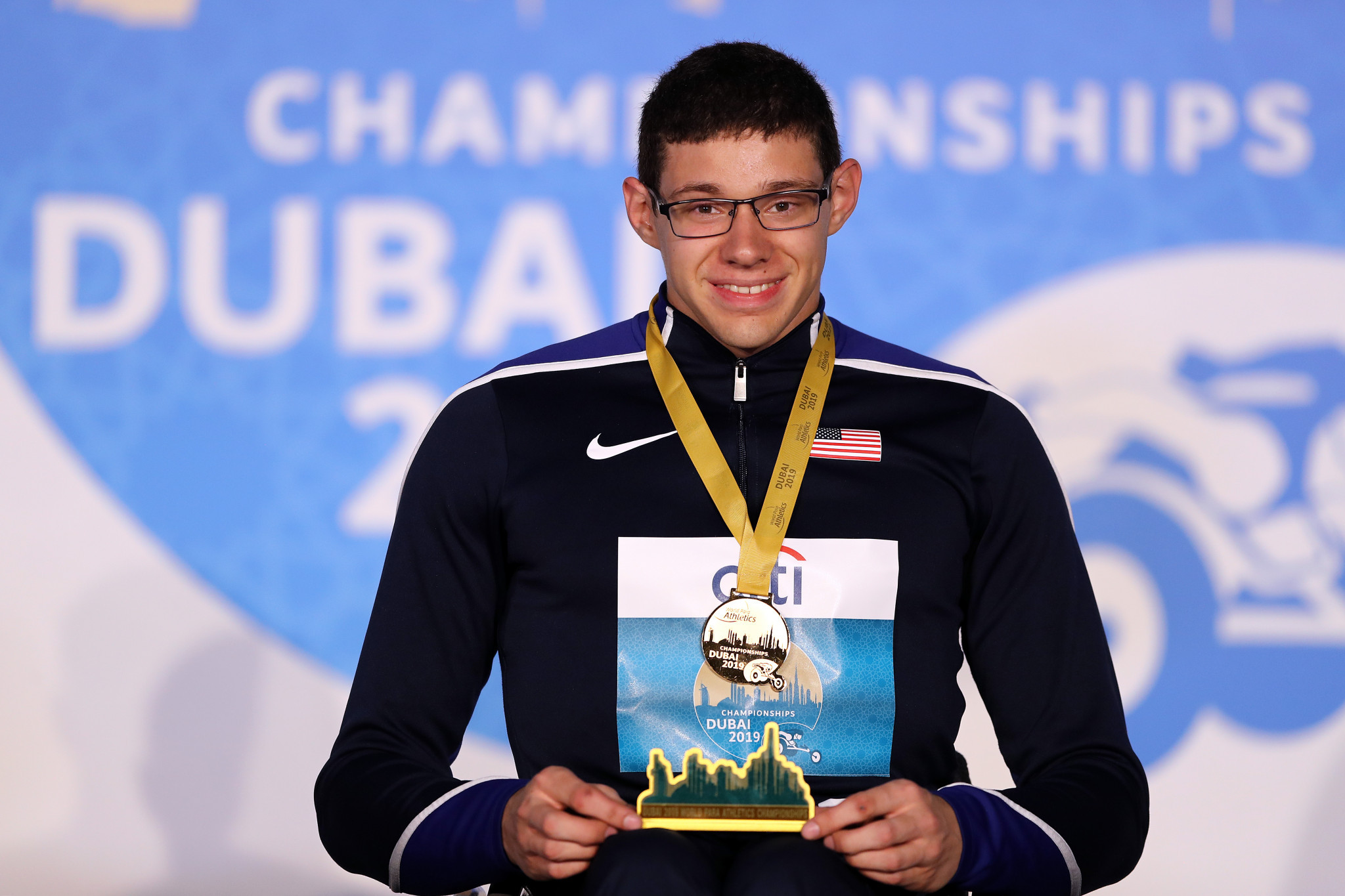 Daniel Romanchuk powered to victory in the men’s T54 800 metres event at the World Para Athletics Championships in Dubai.

The American star is the world record holder in the event and justified his status as the pre-race favourite.

Romanchuk clocked a Championship record 1min 32.81sec to take the gold, adding to the marathon world title he earned earlier this year.

He was followed by Switzerland’s multiple Paralympic and World Championship medallist Marcel Hug, who clocked 1:32.89 for second place.

While Romanchuk is expected to dominate wheelchair race events in the future, one of the sport’s most experienced competitors added to their medal haul.

Tunisia’s Walid Ktila clinched the 13th World Championships gold medal of his career by clocking a time of 50.54 in the men’s T34 400m final.

"I have been training maybe for year and a half and this is my international debut,” said Adams.

"There is more confidence after this event.”

China’s Na Mi took silver with 12.95m while Irina Vertinskaya of Russia earned bronze with a best effort of 11.78m.