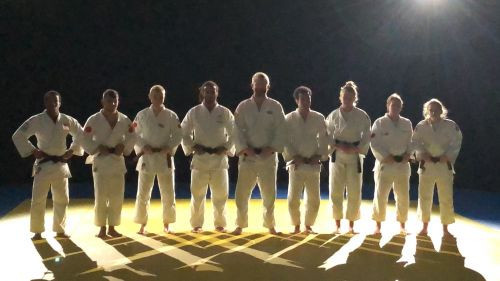 The Fighting Films video is the latest joint-venture from the IBSA and IJF and saw top athletes and coaches film in Britain at the end of October.

"The objective of this project was to demonstrate to elite coaches what it takes to coach visually impaired athletes of an elite standard," said Ian Johns, IBSA Judo Committee director of coaching and education.

"IBSA Judo has already produced a video in 2016 demonstrating how to coach visually impaired judoka – this film intends to show what the major differences are for coaches to deliver technical, tactical and psychological aspects to a high level."

The difference and demands of kumikata for athletes with visual impairments were explained in the video, as well as preparation and execution of nage-waza, transition into newaza and decision making during contests.

"Each of the judo coaches spent a lot of time with the athletes discussing what makes the technique specific to visually impaired athletes," added Johns.

"The filming took two days and was a very long process - the attention to detail from the Fighting Films team was unbelievable.

"One of the key points during the filming was that the rules are different and so the execution of techniques is sometimes different because the athletes start on the grip.

"There were many discussions on strategies, styles and complexities.

"These points will be put across in the film."

A voice-over will be implemented to describe movements and the main coaching points shown to improve accessibility.

"A huge thank you must go to the IJF and President Marius Vizer for supporting this project and helping to spread more knowledge to the rest of the Judo family about how to coach elite visually impaired athletes," said Johns.

"Without this help it would be impossible to showcase Paralympic judo to the rest of the world and we are eternally grateful.”