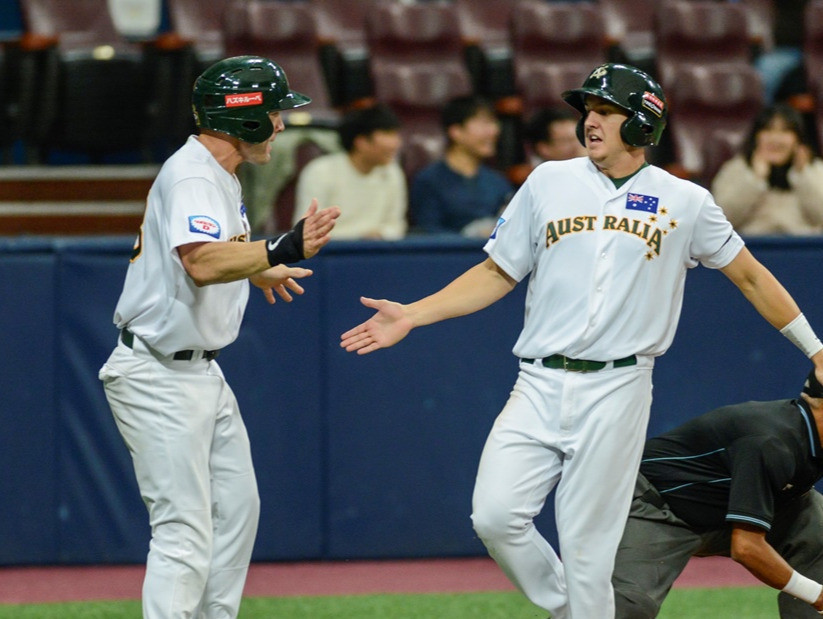 Australia and South Korea secured their places in next week's World Baseball Softball Confederation Premier12 super round in Tokyo with victories in Seoul.

Australia knew they would have to defeat Canada at Gocheok Sky Dome to have any chance of progressing from the opening round in Group C.

Five pitchers were used as Australia clinched a crucial 3-1 victory to join group hosts South Korea in reaching the next round.

After exchanging runs in the opening two innings, the match remained tied at 1-1 and headed for the eighth inning.

It was Australia who remained sharpest with the ball as they sealed a vital win.

South Korea's 7-0 win over Cuba not only took them through as group winners, but sealed Australia's super round spot as group runners-up.

The super round will begin on Monday (November 11), when Mexico and the United States will seek a Tokyo 2020 Olympic Games ticket as the best team from the Americas.

The team which finished highest out of the two will qualify for next year's Olympics.

Australia's narrow qualification for the super round also keeps their Olympic dream alive.