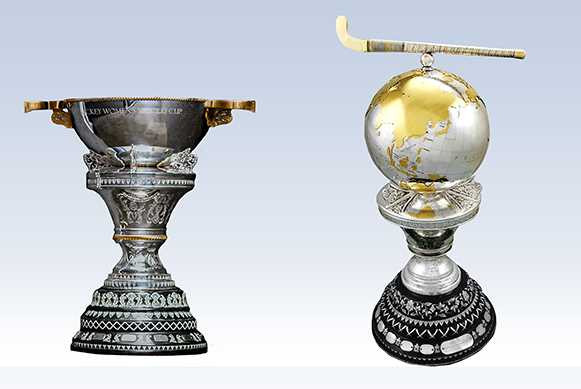 Spain and the Netherlands will co-host the 2022 Hockey Women's World Cup and India has been chosen to stage the men's tournament in 2023.

The hosts for the two competitions were chosen by the International Hockey Federation (FIH) at its Executive Board meeting in Lausanne today.

The FIH confirmed the women's event would be held in 2022 and the men's the following year.

The sport's worldwide governing body had allowed countries to bid to stage the competitions in either 2022 or 2023.

India was selected as the venue for the Men's Hockey World Cup and was the only candidate which preferred to host it in 2023.

Belgium and Malaysia had entered the race but wanted to stage the competition in 2022.

The 2023 World Cup will be the second straight edition of the men's event to be held in India after Bhubaneswar hosted in 2018.

The country, which also held the 2010 event in New Delhi, will be the first to host consecutive FIH World Cups.

Spain, the Netherlands and Germany had a preferred time window of 2022 for the Women's World Cup, while Malaysia and New Zealand wanted to hold the competition in 2023.

Spain last hosted the Women's World Cup in 2006 and the Netherlands staged the tournament in 2014.

The preliminary round, as well as quarter-finals and crossover matches, will be split equally between the two host nations at the 2022 World Cup.

The semi-finals, third-place playoff and final are all due to take place in Spain.

"It was, therefore, a difficult choice to make.

"Since the primary mission of FIH is to grow the sport worldwide - which of course requires to make investments - the income-generation potential of each bid has played an important role in the decision.

"We will work closely with the Local Organising Committees on the sustainability and legacy aspects of these events."

The FIH has also confirmed the host nations will qualify directly for both events, while the winners of each Continental Championship will also earn an automatic place.

The other 10 will be decided through a home and away playoff in the same format the FIH used to determine the remaining spots in the Olympic hockey tournaments at Tokyo 2020.