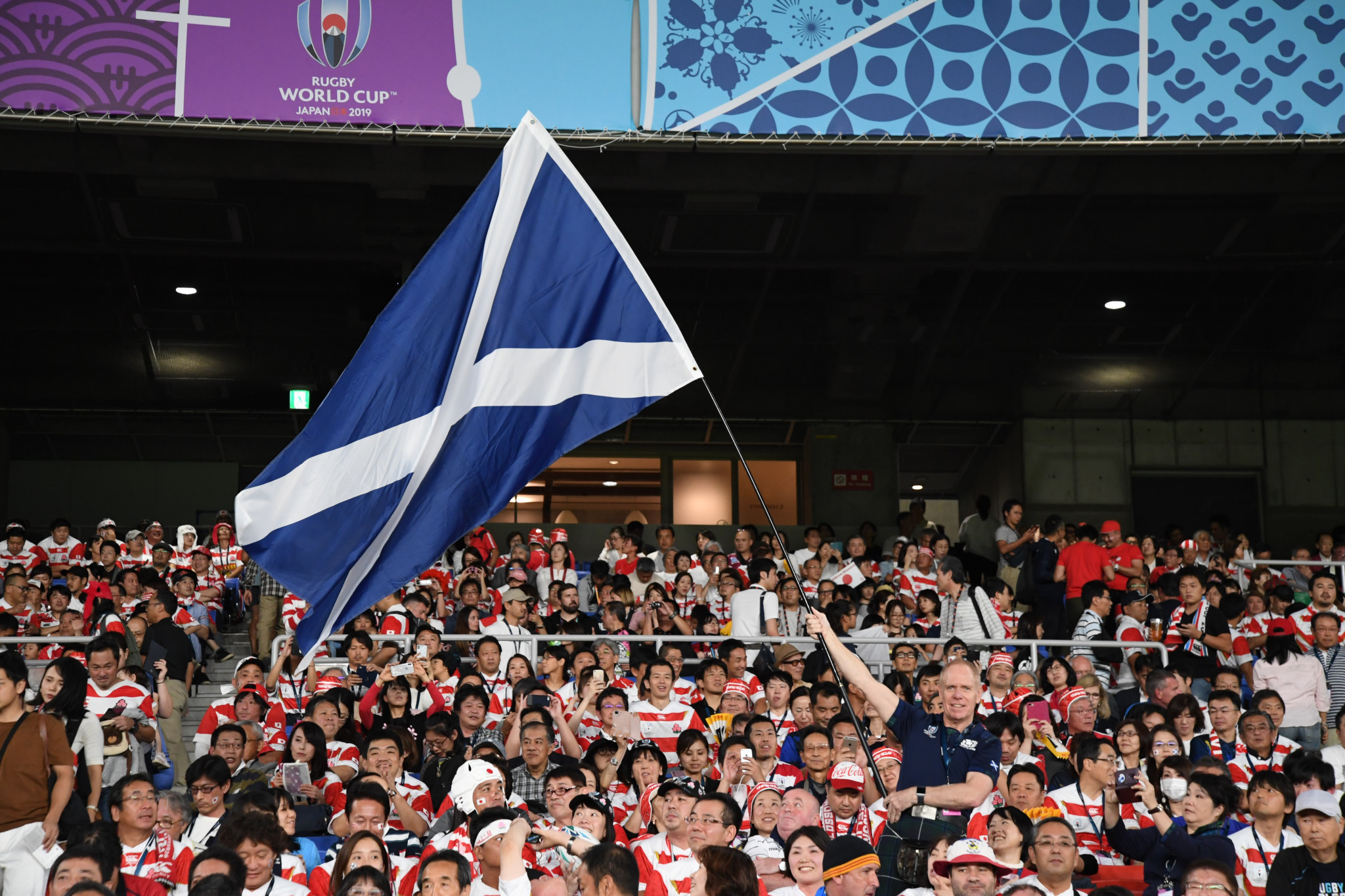 The Scottish Rugby Union (SRU) has been fined £70,000 ($90,000/€80,000) by World Rugby for comments made by chief executive Mark Dodson before their World Cup clash with hosts Japan, which was threatened by Typhoon Hagibis.

An Independent Disputes Committee chaired by England's Christopher Quinlan ruled that the statements in the media amounted to misconduct.

A second charge relating to comments by the SRU legal counsel Nick De Marco and an "SRU spokesperson" has been dismissed.

The SRU claimed it could respond to its punishment with arbitration.

As well as the fine, they have been ordered to write a "meaningful" apology to World Rugby and World Cup organisers and have been formally reprimanded.

Typhoon Hagibis resulted in the loss of nearly 90 lives in Japan and forced the cancellation of three Rugby World Cup matches last month.

Scotland's crunch Pool A clash with Japan in Yokohama was also heavily in doubt.

Had it been cancelled, the Six Nations side would have exited the tournament without having the chance to play.

In the end the game did go ahead on October 13, with Japan winning 28-21 to send Scotland home anyway.

With the match still in doubt, Dodson had queried World Rugby's "rigidity" and hinted at legal action in case of an abandonment.

He said he would not allow Scotland to become "collateral damage".

"World Rugby strongly believed the comments, which suggested an unfair and disorganised treatment of all teams, to be inappropriate and ill-judged at a time when Japan was preparing for the largest and most destructive typhoon in decades," the world governing body said today.

"Having considered all the evidence, including submissions by World Rugby and the SRU, the Committee determined in respect of the first charge that comments attributed to Mark Dodson amounted to misconduct and brought the game into disrepute.

"In respect of the second charge, the available evidence was insufficient for the Committee to be satisfied on the balance of probabilities as to the source of the offending remarks and therefore it dismissed the charge."

Dodson has been sanctioned for his comments to the Daily Telegraph newspaper and BBC Radio 4, and also for remarks made at a Scotland team announcement on October 11.

World Rugby claimed the Committee had given both parties "ample time" to solve the dispute without formal proceedings.

They made an offer which required the SRU to apologise for its conduct and make a donation to the typhoon disaster fund.

However, the SRU suggested alternative wording, including a mutual expression of regret, and no apology, World Rugby said.

"We will now reflect on this outcome and further consider all our options, which may include arbitration."

World Rugby revealed the fine would be paid to the Childfund Pass it Back programme, which is assisting the typhoon relief effort.

As well as Quinlan, Adam Casselden of Australia and Nigel Hampton of New Zealand sat on the Independent Disputes Committee.

New Zealand against Italy, Namibia against Canada and England against France were all cancelled at the World Cup due to the typhoon.