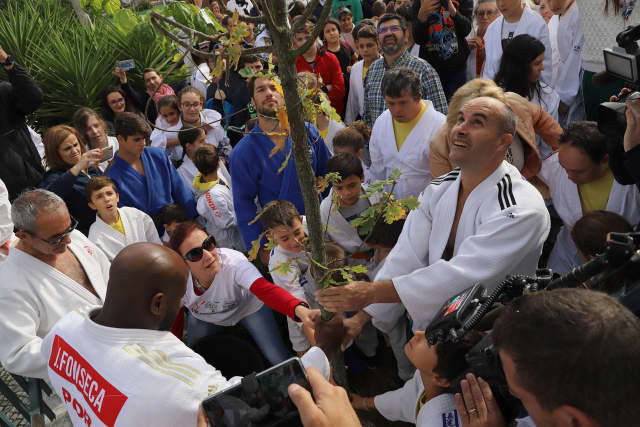 International Judo Federation (IJF) President Marius Vizer has congratulated the sport’s community after it was announced that, to date, more than 5,300 trees have been planted in 75 countries to mark World Judo Day.

Earlier this year, the IJF launched the idea of planting trees to celebrate the educational values of judo.

The event concluded two days before World Judo Day, which takes place every year on October 28 to celebrate the birth date of the founder of the sport, Kanō Jigorō.

"With this operation we will contribute to preserving our environment and that of our children," Vizer said in Abu Dhabi.

"Climate change is something that affects us all, especially the disadvantaged ones.

"Planting a tree takes on a dimension that is both concrete and symbolic.

"By doing so, we are helping to build a healthier environment.

"It is also a strong symbol of unity and peace in the world."

The first activities related to World Judo Day took place earlier this year with operations in Italy, Russia and Kiribati, located in the heart of the Pacific Ocean and already seriously affected by climate change and threatened to be wiped off the map in the coming decades due to rising waters.

As the date of October 28 approached, the IJF claims things accelerated and more and more governing bodies, clubs and individuals joined the movement and planted trees.

Countries such as Turkey, the Dominican Republic, Burundi and France have exceeded several hundred trees in numbers, while reigning world champions Jorge Fonseca of Portugal, Daria Bilodid of Ukraine and Clarisse Agbegnenou of France are among the judoka to have planted a new tree in front of dozens of children.

During the whole of 2019, innovative initiatives were held in places such as Italy, where the Regional Council of Friuli-Venezia Giulia adopted a piece of forest, and Yemen, where, despite the ongoing civil war in the country, World Judo Day was celebrated and a tree was planted as a symbol of peace.

In Japan, the Kodokan Judo Institute planted a tree in Abiko in Chiba, on the former site of Kanō’s villa.

"I would like to congratulate the entire world judo community for all their activities and to wish all of you continued success and good results in your work," Vizer said.

"I would like to thank all those who joined the IJF initiative to plant a tree and I believe we can all be proud of showing an example of unity in the global fight against climate change."