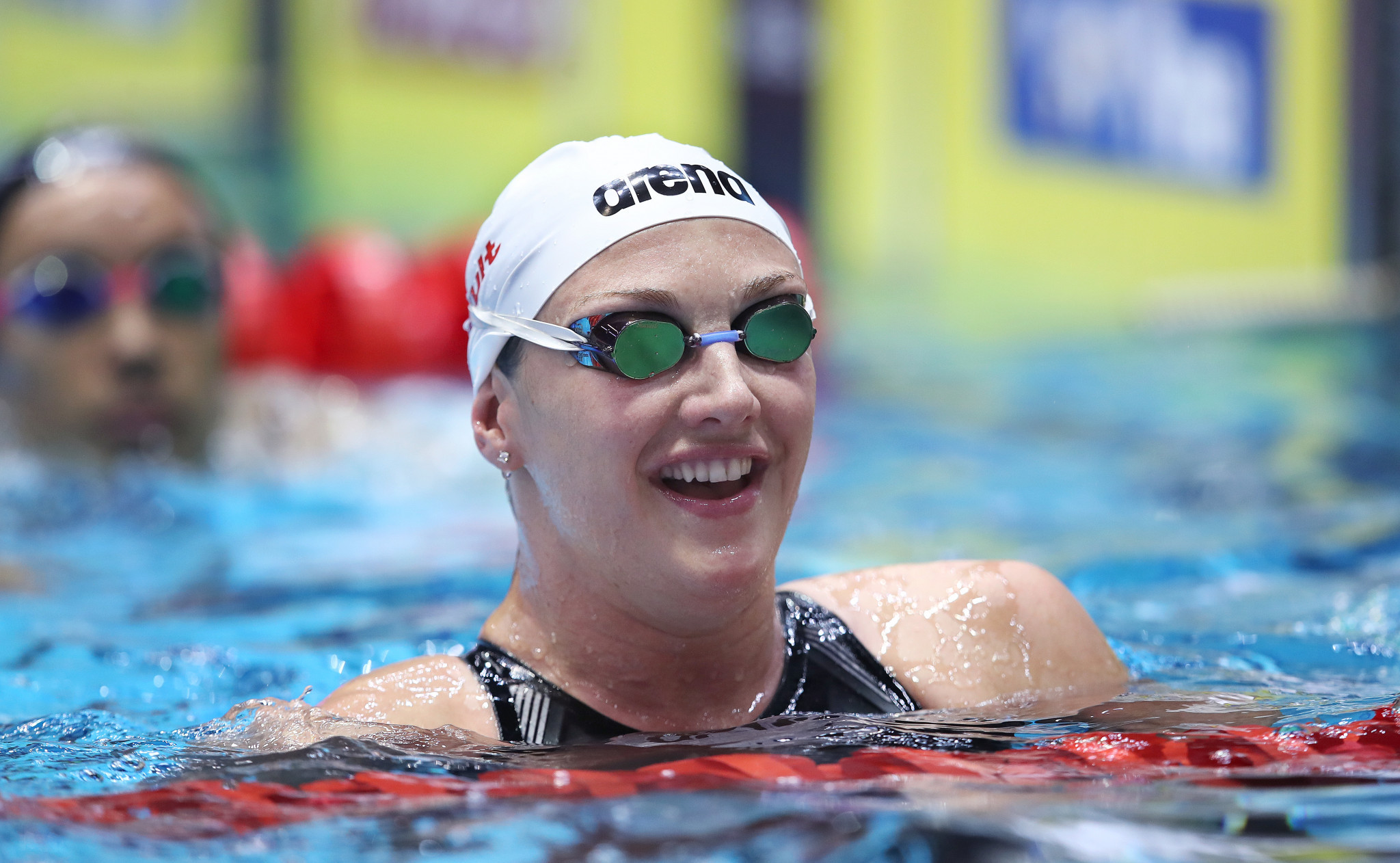 The three-time Olympic champion recorded a time of 2min 09.50sec to top the podium at the Kazan Aquatics Palace for the third time.

Kaylee McKeown of Australia was second in 2:13.04 and another Hungarian, Zsuzsanna Jakabos, third in 2:13.24.

The result may aid Hosszú in her quest to catch Cate Campbell in the overall women's standings, but the Australian secured her own victory in the 100m freestyle.

Michelle Coleman of Sweden finished in between the two sisters in 53.04.

The home crowd were able to witness four gold medals for Russian swimmers, including in the mixed 4x100m medley relay where they triumphed in 3:44.38.

Great to share a special moment with a sibling which is exactly what Cate Campbell experienced taking home the Women’s 100m Freestyle, with sister Bronte securing bronze behind Sweden’s Michelle Coleman. 📸 One for the family album 😊. 💻 https://t.co/bEozhdW5qV #SWC19 #SWIMMING pic.twitter.com/DAxlGHzB3e

The host's fourth gold came through Arina Surkova, who triumphed in the women's 100m butterfly in 57.78.

Silver went to An Seh-yeon of South Korea with 58.04 and bronze to Jeanette Ottesen of Denmark with 58.66.

With competition concluding in Kazan today, the seventh and final stop of the FINA World Cup is due to be held in Doha from Thursday to Saturday (November 7 to 9).