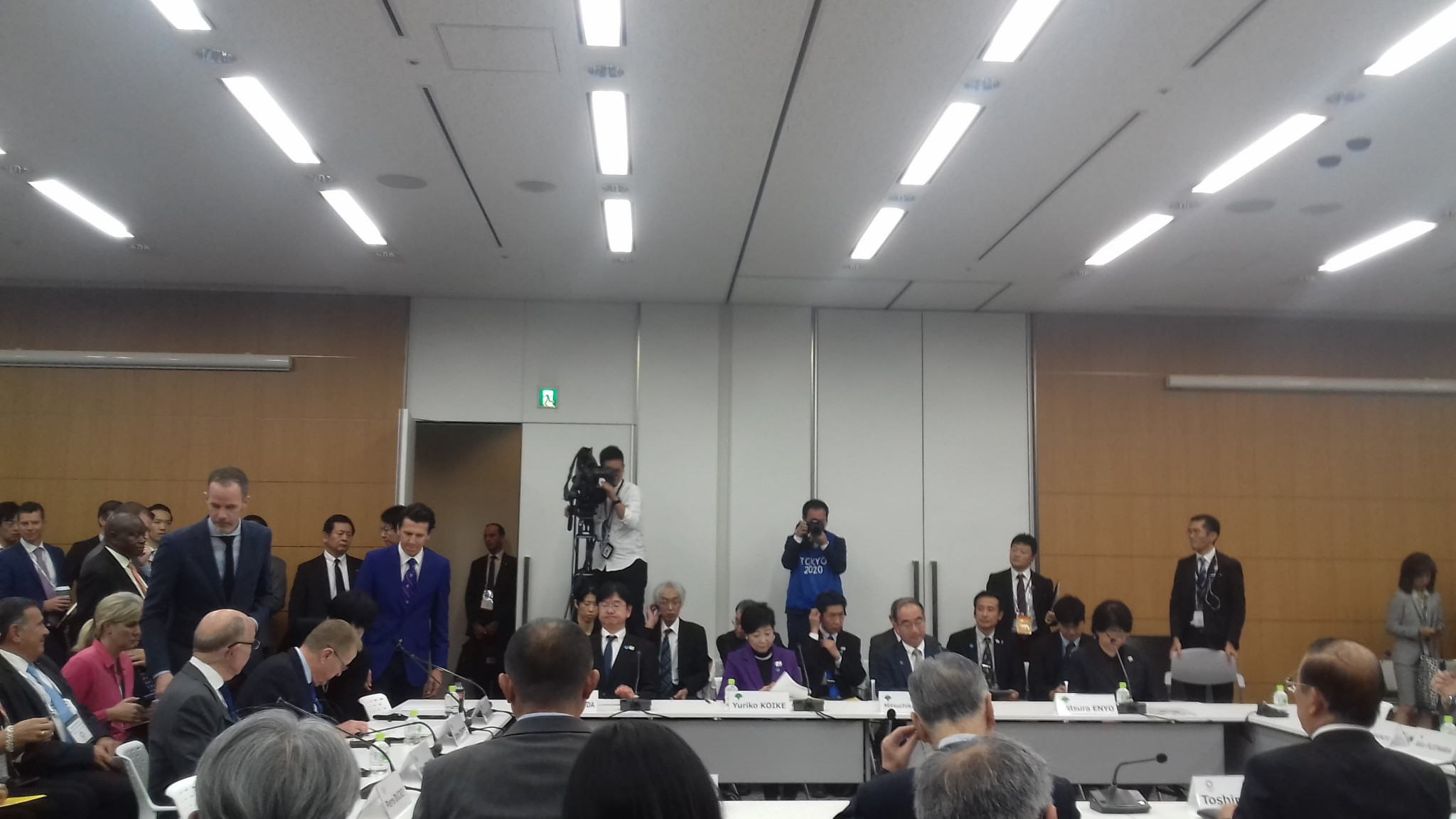 Marathon and race-walk events will move to Sapporo after an agreement was reached in a four-party meeting, however the Tokyo Metropolitan Government will not incur the costs associated with the move.

The meeting took place between the Tokyo Metropolitan Government (TMG), the International Olympic Committee, Tokyo 2020 and the Japanese Government today.

The meeting saw confirmation the events will move to Sapporo, with four points having been agreed at a technical meeting yesterday.

The first point was that the authority to change an Olympic venue belongs to the IOC.

It was confirmed the TMG will not be asked to bear costs to be incurred when the venues are moved to Sapporo.

Expenses which have already been made by the TMG and Tokyo 2020 for the marathon and race-walk events will be examined and verified, such as the implementation of heat countermeasures.

Expenses which the TMG cannot use for other purposes will not be borne by the TMG.

The final point agreed was that no further venue changes will be made for the Olympic Games.

Tokyo Governor Yuriko Koike has been a strong critic of the move and and described the IOC decision as "unprecedented" earlier this week.

"If these events were held in Tokyo it would have been the best idea," Koike said.

"I have no change in that basic concept.

"We cannot agree with the decision of the IOC, but the IOC has the final call.

"We will not obstruct the decision by the IOC.

"But let us say, this is a decision without agreement."

Koike said IOC President Thomas Bach had directly emailed her to offer the opportunity to host an "Olympic Celebration Marathon" following the Olympic and Paralympic Games.

This marathon will be "organised for the citizens of Tokyo", acknowledging their disappointment the marathon and race-walk events had been moved.

Koike said the offer was a "good faith response".

Coates claimed Bach hoped the proposal would go some way to softening the disappointment for citizens of the events being moved.

The event has been billed as mass participation, with the IOC also hopeful of attracting high-profile athletes.

"I admit I can fully understand the concerns of the people of Tokyo, who are preparing so enthusiastically and efficiently for the Olympic Games," Bach wrote to Koike.

"I would like to ask the people of Tokyo for their understanding that the IOC had to take this decision to safeguard the health of the athletes.

"Athletes' health and well-being is a top priority for the IOC.

"I am confident the people of Tokyo share this commitment to the athletes' health and understand the unfortunate situation the IOC was in.

"I ask for the kind understanding for having taken the decision so quickly, because we had to give the athletes the most time to adapt to this new venue and change their preparations accordingly."

The IOC announced the races moving to Sapporo, 800 kilometres north of the capital, earlier this month.

The decision claimed to be with the "health and welfare" of the athletes in mind.

The marathons at the International Association of Athletics Federations (IAAF) World Championships in Doha last month have been claimed to have been key to the IOC announcing the decision.

"We didn't want Tokyo to be remembered in the minds of some viewers and your people like some of the scenes we saw in Doha."

The TMG has been angered by the lack of notice given by the IOC, while athletes have also criticised the move.

Coates said the IOC will now hold talks with Tokyo 2020 and the Government in Sapporo regarding the route and costs associated with moving the races north.

The Australian said the IAAF would be involved in the process, with the governing body needing to approve the new routes.

Tokyo 2020 President Yoshirō Mori said officials in Sapporo had accepted the opportunity to host the events, which they reportedly described as a "great honour and privilege".

He said Tokyo 2020 would seek to consult quickly with Sapporo and the IAAF to gain approval for the courses.

No details have yet been determined regarding the cost of staging the events in Sapporo.

"The burden for the event on Sapporo and Hokkaido is a matter for Tokyo 2020," Coates said.

"The IOC's compensation, if any, is going to be directed towards what is no longer being used which had been prepared in Tokyo.

"We need to find out the cost of holding the events in Sapporo, and at this stage all that is decided is that TMG will not be bearing any of that cost.

"If there is an unforeseen or unexpected event, this is something the IOC would sit down and look through."

He claimed the Paralympic marathons and proposed celebration event would go some way towards addressing these concerns.

"It looks like IPC will hold their marathon on the course and there is the proposed anniversary marathon, so that addresses to some extent the concerns of the TMG about the cost," he said.

"Some of the special paving is a general benefit.

"There is much work to be done on that, but the IOC will not walk away from any obligations in respect of any adverse financial consequences."

Coates added the IOC were aware of a "divide" among athletes over the move to Sapporo.

He repeated Bach's offer to hold the marathon medal ceremonies in the New National Stadium in Tokyo, while race-walk athletes will are set to receive medals during other athletics sessions in the venue.

"There is a divide amongst the athletics community, as there are those who have been preparing for extreme heat, according to the IAAF," he said.

"African competitors are very much in favour of the move to Sapporo.

"The responsibility we have in terms of the health of the athletes is the lowest common denominator."