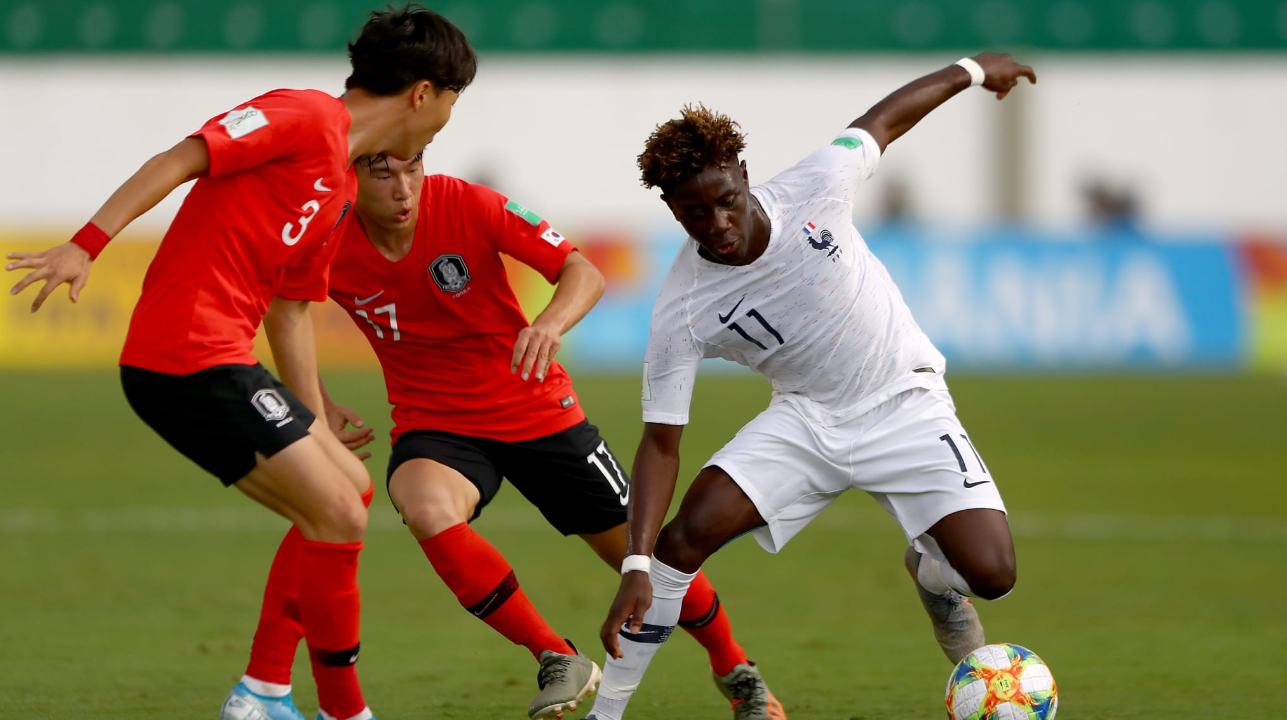 France comfortably progressed to the knockout stages of the men's FIFA Under-17 World Cup in Brazil, defeating South Korea 3-1 in Group C.

Having already registered a victory against Chile, the French looked confident at Estádio da Serrinha, Goiânia.

Two goals in the first half, from Arnaud Kalimuendo-Muinga and Timothee Pembele, gave them a comfortable advantage, before Isaac Lihadji made it 3-0 with 10 minutes left.

They can still qualify for the last 16, but have to beat Chile in their final group game on Saturday (October 2).

But that won’t be easy, as the South Americans were full of creativity in their 4-2 win over Haiti.

In Group D, European champions The Netherlands also appear to be heading home.

Having started the tournament with a 3-0 defeat to Japan, their match with Senegal was a must-win.

When they took the lead at Estádio Kléber Andrade, Cariacica, through Naoufal Bannis after just 10 minutes, a resurgence appeared likely.

But an outstanding second-half performance from Senegal saw Pape Sarr deliver two goals, including one penalty, and Aliou Balde rounding off a 3-1 victory.

Japan and the United States played out a disappointing 0-0 draw in the other group game.

Going into the final round of fixtures, the United States must beat The Netherlands to stand any chance of making the knockout stage, while Senegal are already there.