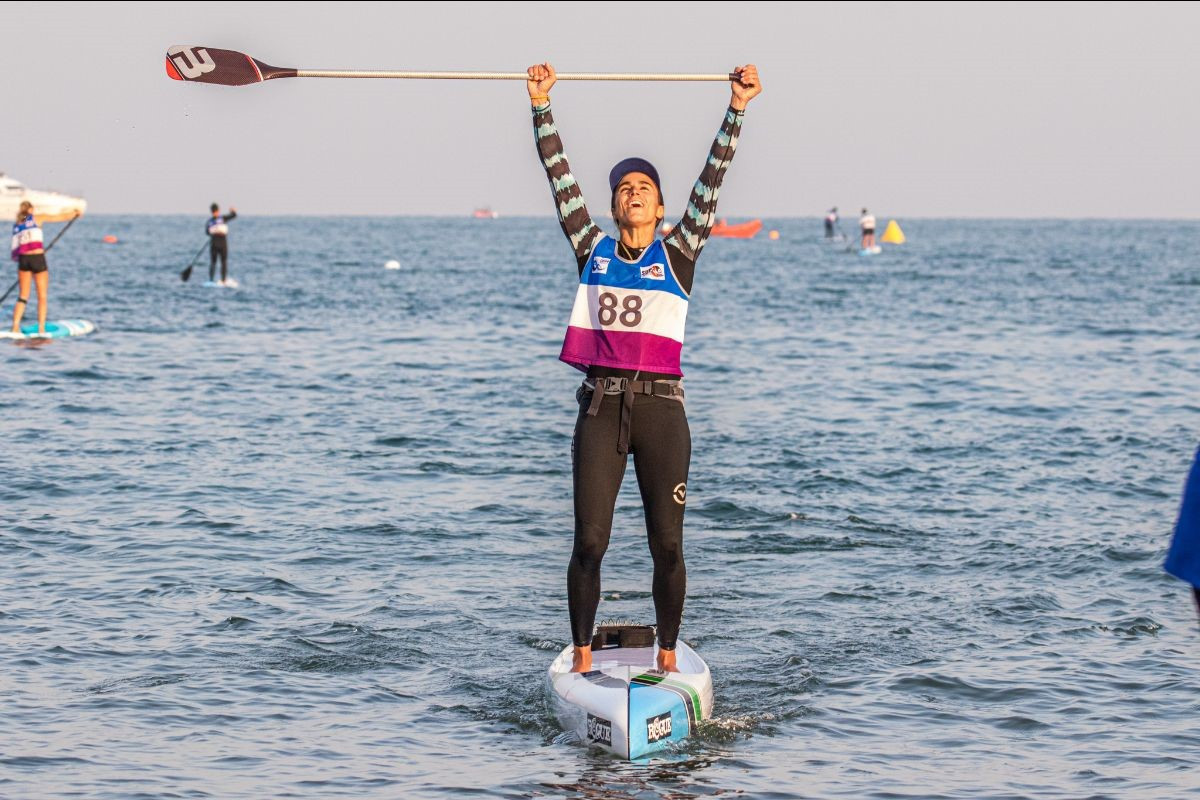 Piana cemented her status as the star of the Championships by winning the women's technical race in 34min 45.25sec.

The French athlete, winner of the sprint title yesterday who also claimed silver in the long distance event, finished ahead of Spain's Susak Molinero.

"This morning I woke up and I felt so tired after my win yesterday, and I slept only five hours last night,” Piana said.

"I was surprised again to fly around the water, I was like ‘wow, what’s happened today’.

"It’s an historic event and I am so happy to be a part of it."

Dews topped the podium in 30:00.61 to edge out Connor Baxter of the United States, who secured the sprint crown in a record time yesterday.

Baxter's challenge faded and he was forced to settle for silver, while bronze went to Ty Judson of Australia.

The event took place amid a protracted dispute between the ICF and the International Surfing Association (ISA) over the ownership of the discipline.

The ISA is due to hold its own SUP World Championship in El Salvador from November 23 to December 1.

It has staged a SUP World Championship since 2012.