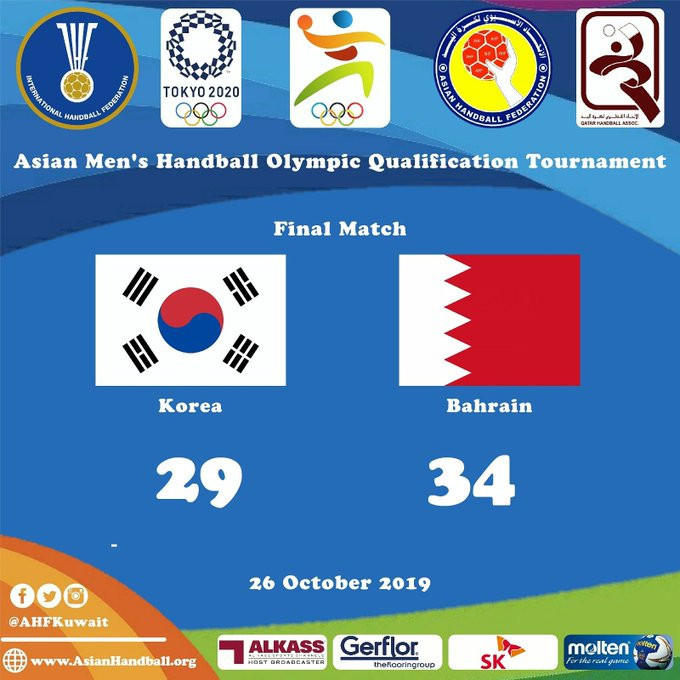 Bahrain will play in the men's handball tournament at the Olympic Games for the first time, after beating South Korea in the final of the Asian qualifier in Doha.

South Korea, the red-hot favourites to secure the single Tokyo 2020 berth on offer at the competition at Duhail Handball Sports Hall, led 15-13 at half-time.

But Bahrain roared back in the second half to record a shock 34-29 win.

Victory sends Bahrain directly to next year's Olympics in the Japanese capital and consigns South Korea to the International Handball Federation qualification tournaments in April.

A further three Tokyo 2020 places will be on offer at the three qualifiers.

Bahrain will make their Olympic debut and finished this year's World Championship in 2019.

They were beaten by Qatar in the final of the 2018 Asian Championship.

In the third-place play-off, hosts Qatar ended the tournament on a high with a 31-21 win over Saudi Arabia.