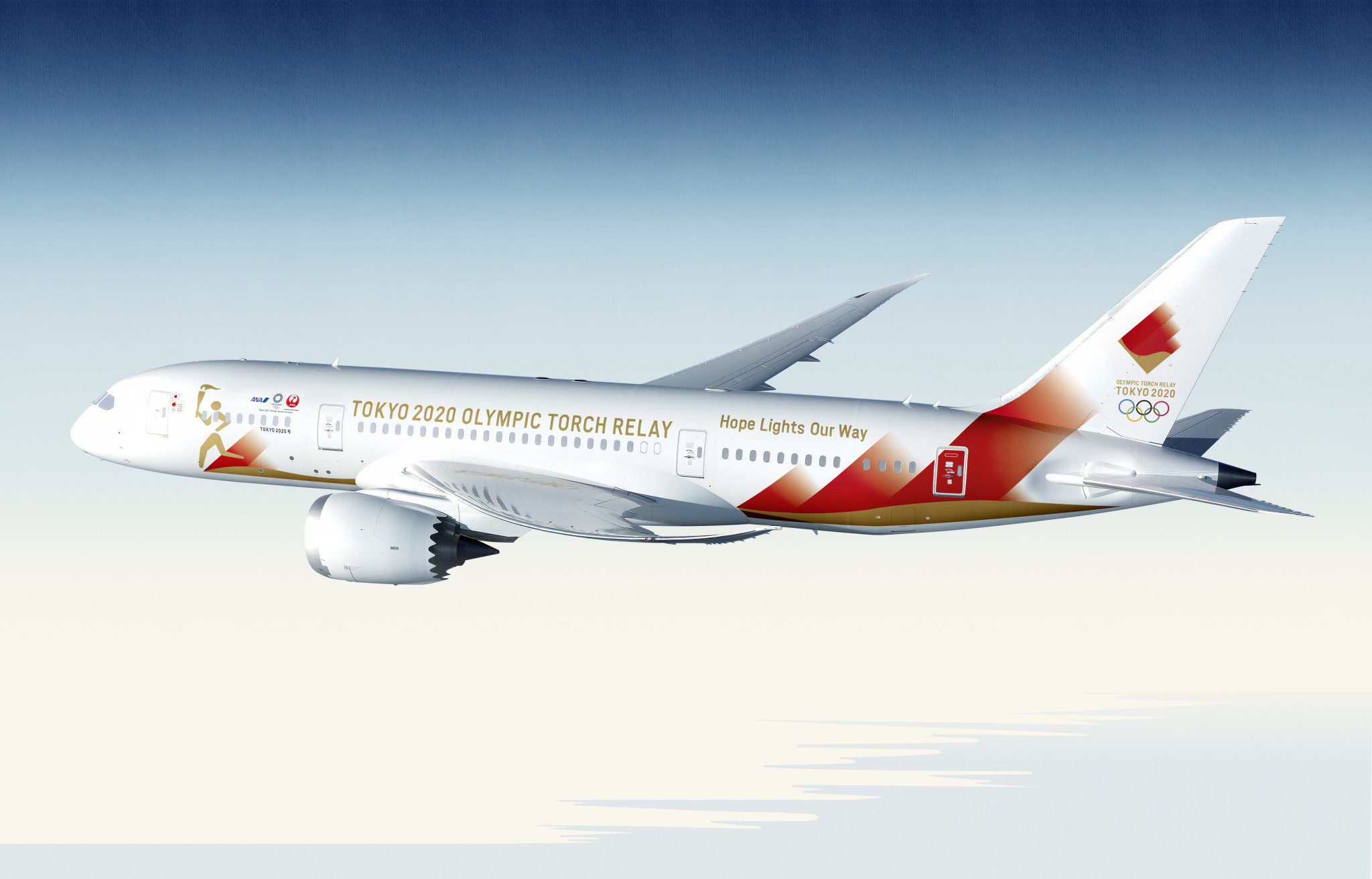 A special aircraft will transport the Olympic Flame to Tokyo next year, with an arrival ceremony due to be held on March 20.

The Olympic Flame will be lit at Ancient Olympia on March 12, with a week-long Torch Relay then held in Greece.

The Flame will be handed over to Tokyo 2020 with a ceremony at the Panathenaic Stadium in Athens on March 19.

Tokyo 2020 has now announced a special aircraft bearing the name "Tokyo 2020 Go" will transport the Olympic Flame to Japan.

The aircraft will land at the JASDF Matsushima Air Base in Miyagi Prefecture on March 20.

Japanese Olympic stars Tadahiro Nomura and Saori Yoshida have been given the honour of delivering the Flame.

Nomura is the only judoka to have won three straight Olympic gold medals, in the men's under 60-kilogram event at Atlanta 1996, Sydney 2000 and Athens 2004.

"When I brought back the Olympic flag from Rio de Janeiro as captain of the Japanese Olympic delegation, my heart swelled with pride knowing that Tokyo's turn was coming," Yoshida said.

"I retired from wrestling afterwards, and it is now such an honour for me to fulfil this important role in bringing back the Olympic Flame from Greece.

"I will be readying myself for it.

"The Olympic Flame, a symbol of the Olympics, will traverse Japan, carrying with it the hopes and dreams of not only the Tokyo 2020 Olympians but those of all the people.

"I think it's a fitting tribute that the Olympic flame brought back from Greece will commence its journey through Japan at Fukushima.

"I hope to run with the flame at some stage, and look forward to witnessing the moment the Olympic cauldron is lit in the Olympic Stadium."

The two athletes will be joined by representatives of Tokyo 2020 at the handover ceremony in Athens.

Local children from Ishinomaki city, Higashi-matsushima city and Onagawa-cho in Miyagi Prefecture will welcome the Olympic Flame at the arrival ceremony.

They will escort the Flame onto the stage where a celebration cauldron will be lit, followed by speeches from Tokyo 2020 officials and guests.

A model of the aircraft commissioned to transport the Flame to Japan will also be unveiled.

The artwork will feature a torchbearer pictogram on the front of the aircraft, followed by an ochre-coloured emblem along the side of the plane to the Olympic Torch relay emblem on the tail.

The name of the aircraft—TOKYO 2020 Go—incorporates the Japanese word “号”, the suffix used for the numbering of trains, buses and aircraft.

This also has a similar pronunciation to the English "Go!", implying the start of a journey.

The overall name is intended to reflect the plane's mission to deliver the Flame to the Olympic Games.

The Torch Relay will visit some of the areas worst affected by the 2011 Great East Japan Earthquake.

After the arrival of the Olympic Flame, the Torch Relay will begin with visits to the Miyagi, Iwate and Fukushima Prefectures.

The Flame will visit all 47 prefectures of Japan in the build-up to the Opening Ceremony on July 24.