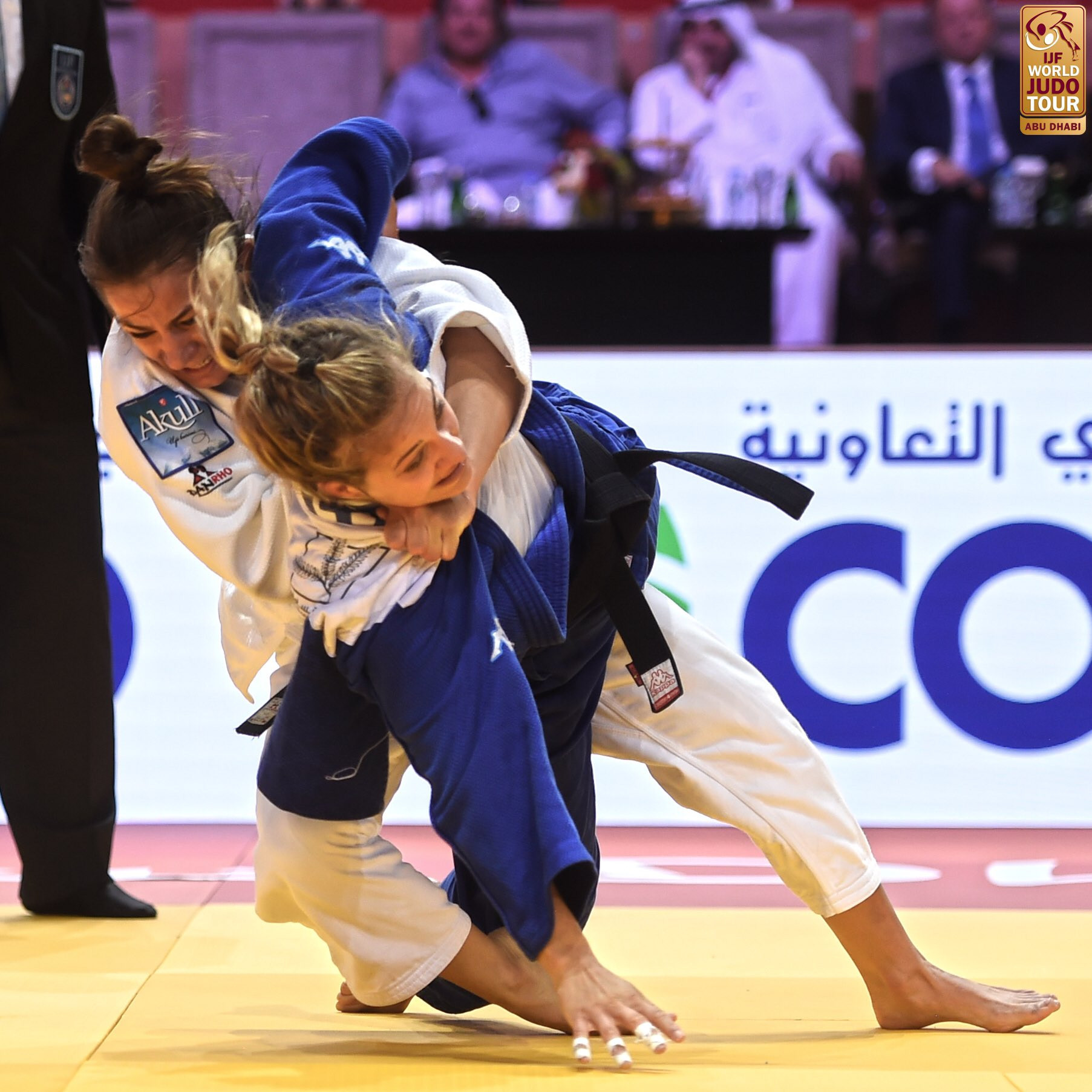 At Mubadala Arena, the Kosovan needed all of her talents to see off long-time rival Odette Giuffrida from Italy to top the under-52 kilograms podium.

Kelmendi led the head-to-head record 6-2 prior to the United Arab Emirates meet.

She needed four minutes of golden score to overcome Giuffrida as she extended her record to 7-2.

The teenager backed up her August World Championship triumph with a fine win as she made her Abu Dhabi debut.

Kim Jin A led South Korean hopes in Abu Dhabi and she delivered on the opening day.

Having already secured her place at Tokyo 2020, the shackles were off as she claimed under-57kg gold against Sarah Leonie Cysique of France.

Bronze medals were awarded to Yago Abuladze of Russia and Uzbekistan's Diyorbek Urozboev.

The Italian national anthem rung out at Mubadala Arena for Manuel Lombardo.

He claimed under-66kg gold against Orkhan Safarov from Azerbaijan.

Orland Polanco of Cuba and South Korean An Baul completed the podium.

Action continues at the IJF Grand Slam tomorrow before the event finishes on Saturday (October 26).