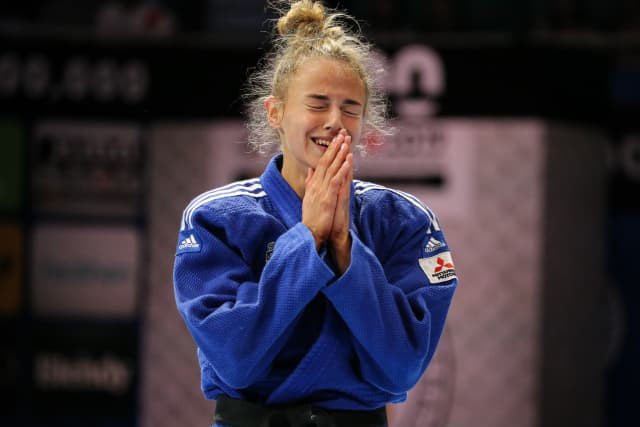 Teenager Daria Bilodid is among a packed field of world champions competing at the penultimate International Judo Federation Grand Slam event of the season in Abu Dhabi.

The Ukrainian under-48 kilograms judoka won world gold in Tokyo in August and competes in the United Arab Emirates for the first time as the Grand Slam begins at Mubadala Arena tomorrow.

Bilodid will seek a third Grand Slam victory but faces tough opposition from Catarina Costa of Portugal, a winner at the last Grand Slam event in Brasilia earlier this month.

Rio 2016 Olympic champion Majlinda Kelmendi will also be in action on the opening day in the women's under-52kg contest.

Her rivalry with Rio silver medallist Odette Giuffrida of Italy is set to resume in the UAE, with Kelmendi leading their head-to-head series 6-2.

In the 2018 Abu Dhabi final, Giuffrida claimed gold when Kelmendi was unable to continue because of a nose bleed.

He will have a target on his back on day two of the three-day Grand Slam event.

Mongolia have shuffled their backroom staff following a disappointing World Judo Championships and return to Grand Slam action after a two-week training camp in Erdenet, which introduced English lessons for the judoka and coaches.

Also returning to the IJF circuit are the North Korean team, competing for the first time since May's Hohhot Grand Prix.

Kim Jin A is currently the only judoka from the Asian nation qualified for Tokyo 2020, via the continental quota allocation.

South Korean An Baul will seek a confidence-boosting under-66kg victory after a torrid 2019.

The Rio 2016 silver medallist has dropped to 31st place in the IJF world rankings and will be unseeded in Abu Dhabi.

After missing the first half of the season, An returned to competition in August but lost his first contest against Mongolian Yondonperenlei Baskhuu.