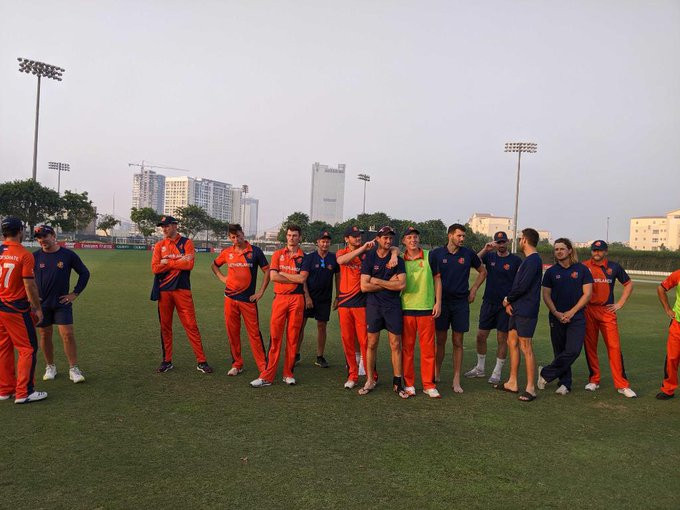 The Netherlands beat Singapore by five wickets today to make it three wins out of three in Group A at the International Cricket Council (ICC) T20 World Cup Qualifier in the United Arab Emirates.

The winning target of 102 was reached with 3.3 overs remaining at the ICC Academy Ground in Dubai.

Defeat for Singapore was their first in three matches.

Today's other Group A game saw Namibia pick up their first victory after defeating Scotland by 24 runs.

Jan Frylinck was in terrific form with the ball, taking two wickets for the loss of just 15 runs across his four overs.

The Netherlands are top of Group A with six points, while Papua New Guinea, Scotland and Singapore are all two behind.

JERSEY HAVE DONE IT!

A sensational victory over the hosts in Abu Dhabi.#T20WorldCup pic.twitter.com/G8kvuV40to

Just one match was held in Group B today, with Jersey overcoming hosts the UAE by 35 runs at the Sheikh Zayed Cricket Stadium in Abu Dhabi.

After being bowled out for 147 on the last ball of the innings, Jersey managed to see off their opponents for just 112.

Benjamin Ward led the way for Jersey with the bat, amassing 47 runs off 24 balls.

Jersey and the UAE are among five teams on four points in Group B, along with Canada, Ireland and Oman.

Action in the UAE continues tomorrow, with a further five matches scheduled.