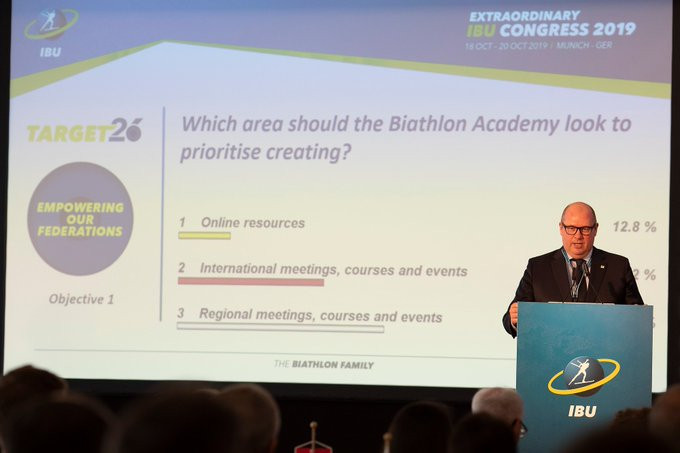 Immediately after approving Target 26, the Congress continued with the first steps towards implementation, zeroing in on the targets of the new strategy.

Approval follows yesterday's establishment of a Biathlon Integrity Unit (BIU) and the introduction of three-term limits for the President and Executive Board, after the IBU's new Constitution was passed.

Members of the IBU voted unanimously in favour of the new Constitution, replacing a document those within the organisation felt was considerably out of date.

Creating the BIU, which will be independent of the IBU, is among the headline elements of the updated Constitution.

This morning, the Congress approved the Strategic Plan "Target 26".

It is the first of its kind for the IBU and reflects a commitment to building on the sport’s strong foundations and maximising its huge global potential.

The BIU will manage all integrity-related matters concerning biathlon, including anti-doping, ethical breaches, betting-related issues and any other kind of result manipulation.

Changing the Constitution has been a key aim of Olle Dahlin since he was elected IBU President in September 2018.