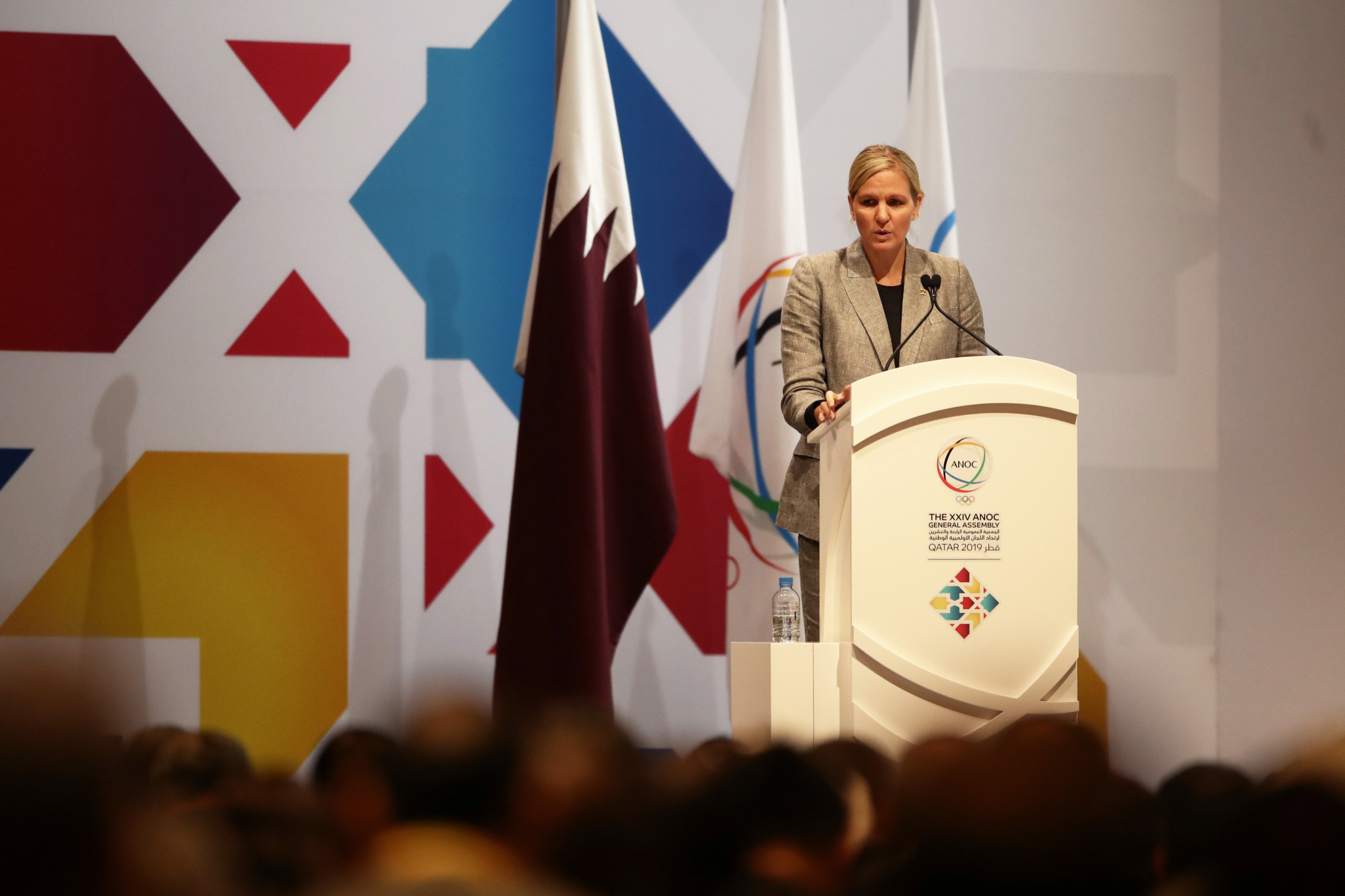 Coventry cited a conference call conducted by the IOC Athletes’ Commission regarding the organisations Rule 50.

She referenced recent podium protests at sporting events as being behind the IOC Athletes’ Commission’s discussions on the subject, asserting that they wanted to "take a lead in the conversation".

United States Olympic and Paralympic Committee placed both athletes on probation following the Games and warned others who make similar stands will be given harsher punishments.

It came with Sun, who served a three-month drugs ban in 2014, having another case hanging over his head after it was alleged a blood sample was deliberately smashed following an argument with testers earlier this year.

The International Swimming Federation opted to issue just a warning to the three-time Olympic champion but this decision has been appealed by the World Anti-Doping Agency, with Court of Arbitration for Sport now set to conduct a public hearing.

Coventry, speaking at the Association of National Olympic Committees (ANOC) General Assembly, revealed the IOC Athletes’ Commission had spoken to athletes through a variety of different channels.

"We had more than 60 Athlete Commissions represented on that call," Coventry said.

"There was a very strong feeling amongst all of those athletes that the venues, the Olympic spirit and the uniqueness of the Games needs to be respected.

"That there is a time and a place for athletes to be able to make their voice heard, with different opinions and different topics they might want to bring awareness to.

"No-one on the call felt that should be on the field of play or during an Olympic medal ceremony.

"I thought that was very special to hear athletes from around the world talking about the uniqueness of the Games and respect for each other.

"It really showed the power of the Olympic Movement."

Coventry said the IOC Athletes’ Commission were working on guidelines for athletes around Rule 50, including social media.

This would apparently enable them to be able to make their opinions known on issues away from either the medal rostrum or sporting action.

She called for National Olympic Committees to work help "educate athletes" on these guidelines.

Several famous protests have taken place at past Olympic Games.

The most famous protest was by American sprinters Tommie Smith and John Carlos, who were sent home from Mexico 1968.

The duo had raised their fists in salute on the podium for the men's 200 metres, which remains one of the iconic images from the Games.

Smith and Carlos' protest, which took place 51 years ago yesterday, were protesting against racial discrimination.

The United States Olympic and Paralympic Committee will induct the pair into their Hall of Fame on November 1.

The Australian Olympic Committee last year awarded a posthumous Order of Merit to Peter Norman, who stood in solidarity with the black American athletes on the podium.

After Carlos had left his gloves at the Olympic Village, it was Norman, who came from a Salvation Army background, who suggested that the pair share Smith's to carry out a salute.

Smith later clarified it had been for human rights and not black power.

The IOC has since been more lenient with other political gestures.

The most recent example camew hen Ethiopian marathon runner and Olympic silver medallist Feyisa Lilesa crossed his arms in a show of defiance to his Government’s police crackdowns on protests after he finished the race at Rio 2016.