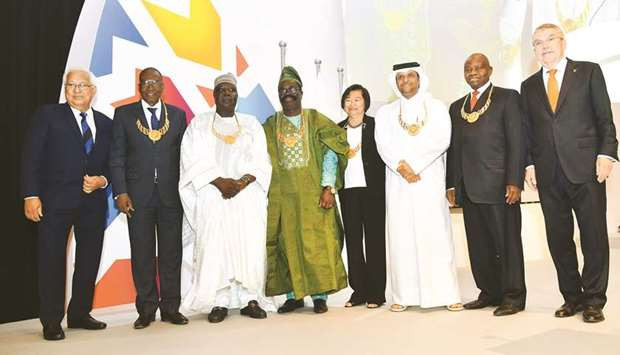 The Association of National Olympic Committees (ANOC) have named the winners of the 2019 Order of Merit here today.

Introduced in 1983, they are voted for by representatives of each continental Olympic Association.

Four officials from Africa were among those honoured.

Vinakpon Julien Minavoa of Benin was described as "a specialist in Olympic education he has played a key role in a number of educational projects".

These included founding the National Olympic Academy, a gathering for the study of Olympic matters.

Fijian administrator Lorraine Mar received the award "especially for her tireless contribution in promoting the development and participation of women and girls in sport".

There was also an merit award for Sheikh Saoud Bin Abdulrahman Al-Thani for "his great effort in the process of sport in Qatar".

The tangible insignia is similar to the Olympic order with a chain bearing the crest of ANOC.

International Olympic Committee Presidents Juan Antonio Samaranch, Jacques Rogge and Thomas Bach have all been laureates in the past .