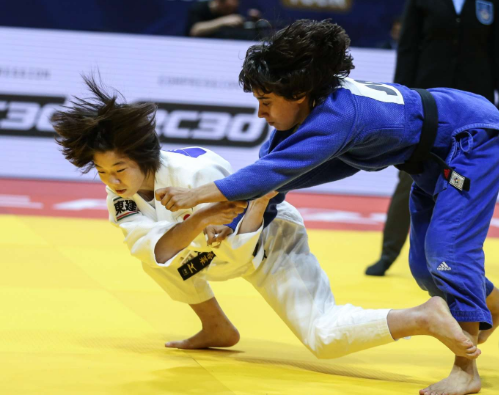 Japan's Wakana Koga was among the four winners on the opening day of the 2019 International Judo Federation (IJF) World Junior Championships in Marrakech.

The 18-year-old beat France's Shirine Boukli in the women's under-48 kilograms final at the Moroccan city's Chapiteau - Quartier Agdal.

It comes just over three months after she upset the odds to triumph at the IJF Grand Prix in Montreal, defeating Olympic champion Paula Pareto of Argentina en route to the final.

Rounding off the under-60kg podium were Japan's Ken Suematsu and Turkey's Salih Yildiz.