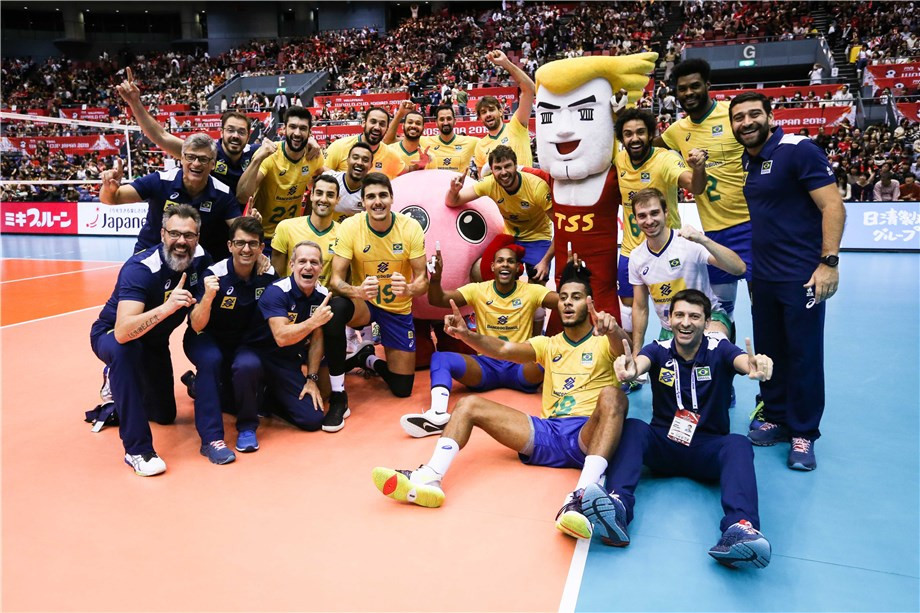 The Brazilian side have won all 10 of their matches so far and will complete the clean sweep if they overcome Italy in their final game tomorrow.

Brazil needed to beat Japan to be 100 per cent certain of lifting the trophy and they did so in style, with Yoandy Leal Hidalgo firing 19 attacks and two service aces in their victory today.

"The length of the competition in the World Cup is the same as the Olympic Games, so we had to be focused in these 15 days and to play every match like a final," said Brazil captain Bruno Rezende.

"I think we did this and even with some ups and downs.

"It’s normal that we cannot play every match great technically or tactically, but I think our approach for every game was the right one - to be in a final."

Poland and the United States are in the hunt for the silver medal after both sides moved to an 8-2 record by winning their respective matches in straight sets.

The Polish team are one point ahead of the US in second going in tomorrow's final round of matches.