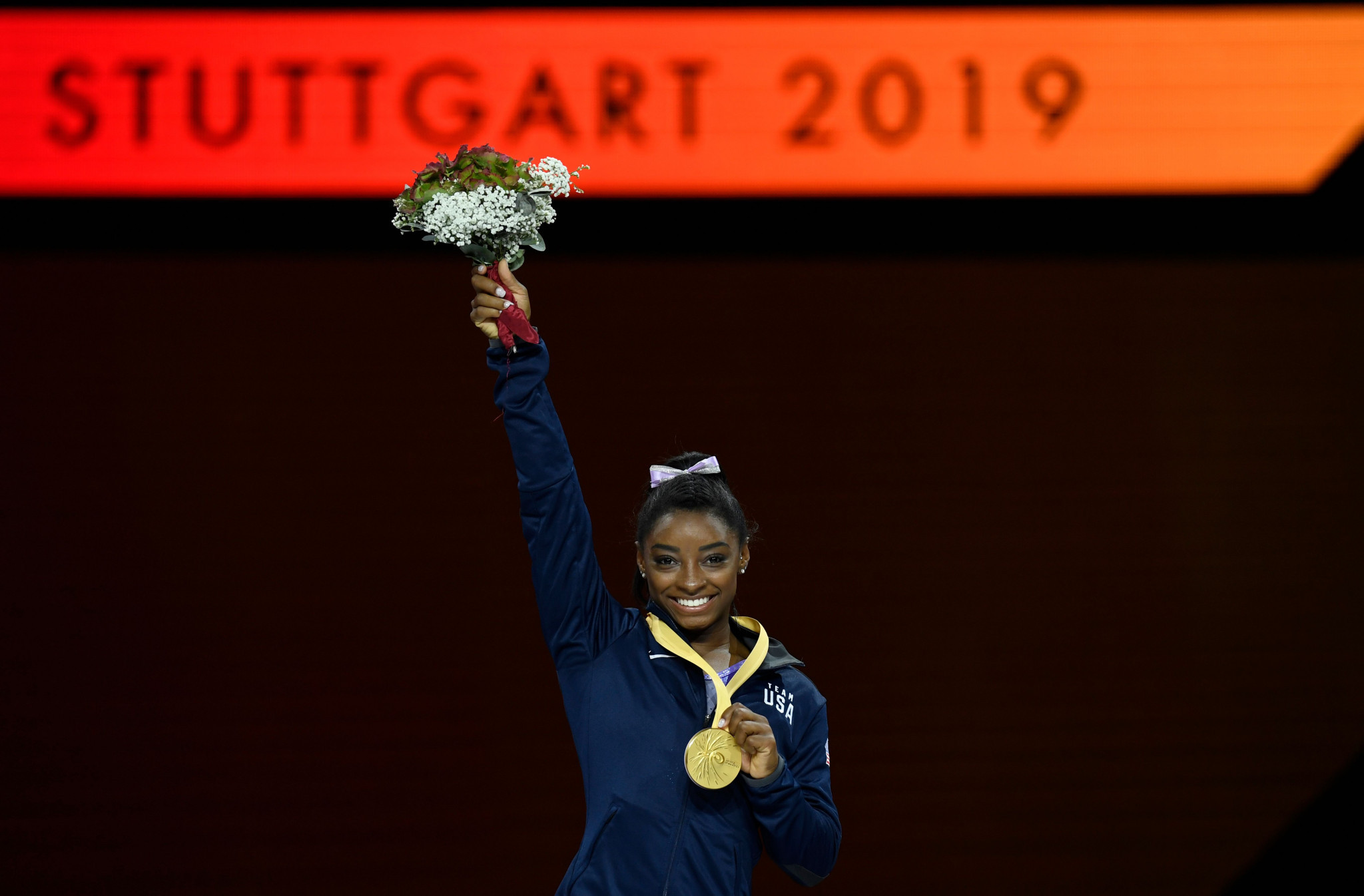 Unstoppable American star Simone Biles won the gold medal in the balance beam and floor events in Stuttgart to become the most decorated gymnast in the history of the Artistic Gymnastics World Championships.

Biles' two victories on the final day of the competition at the Hanns-Martin-Schleyer-Halle extended her World Championships medal tally to 25, surpassing the overall medal record she had briefly shared with Vitaly Scherbo of Belarus.

The 22-year-old arrived in the German city with the record in her sights and she duly delivered to cap off a memorable event for arguably the greatest gymnast of all time.

Biles scored 15.066 points to secure the balance beam title ahead of China's Liu Tingting, who amassed 14.433.

Liu's compatriot Li Shijia did enough for the bronze medal having scored 14.300 points.

The victory moved Biles past Scherbo's tally but the American was not finished as she produced another dazzling display to defend her floor crown.

The Olympic champion's vibrant routine was rewarded with 15.133 - a full point more than 16-year-old compatriot Sunisa Lee, whose 14.133 saw her claim silver.

But the day belonged to the formidable Biles, whose ever-growing medal collection includes 19 world titles.

The American could better another of Scherbo's records at Tokyo 2020 as she has a total of 30 medals from the Olympic Games and World Championships, four short of the Belarusian.

Elsewhere on the last day, Joe Fraser of Britain made history as the first gymnast from the country to win a medal in the parallel bars as he claimed gold with a score of 15.000 points.

Fraser edged out Turkey's Ahmet Önder, who earned silver on 14.983 points, while bronze went to Japan's Kazuma Kaya with 14.966.

Nikita Nagornyy, a member of the Russian squad which sealed the team title earlier at the Championships, enjoyed individual success with gold on the vault.

Nagornyy scored an average of 14.966 points in his two vaults to beat compatriot Artur Dalaloyan, who secured silver on 14.933.

Igor Radivilov of Ukraine was the recipient of the bronze medal with 14.749 points.