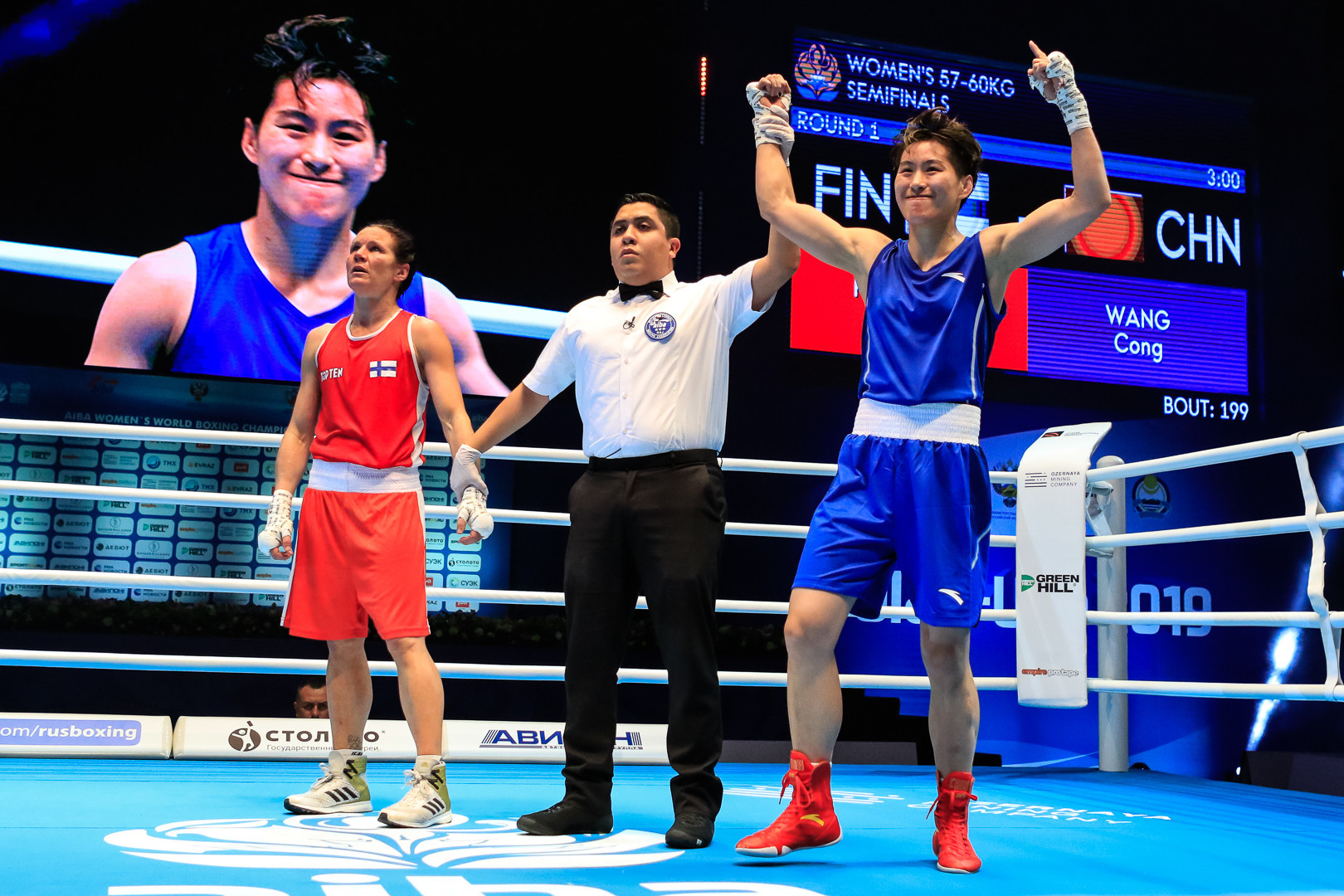 The Brazilian got past Rashida Ellis of the United States by the same score.

Both finalists have benefitted from the absence of a number of rivals here, with Olympic Games gold medallist Estelle Mossely of France recently turning professional and reigning world champion, Kellie Harrington of Ireland, injured.

China will also be represented in the welterweight gold-medal bout through Yang Liu.

She narrowly defeated third seed Lovlina Borgohain of India 3-2 and is scheduled to meet Busenaz Sürmeneli of Turkey, another 3-2 winner against Saadat Dalgatova of Russia.

The crowd may have been momentarily quietened after that result but were soon buoyant again when Zenfira Magomedalieva made the light heavyweight final with a 4-0 win over Wang Lina of China.

Her opponent will be Turkish second seed Elif Guneri, who recorded a unanimous victory over Nguyen Thi Huong of Vietnam.

Manju Rani of India received the same result against Chuthamat Raksat of Thailand to also reach the gold-medal bout.

There were no surprises in the bantamweight division when Huang Hsiao-Wen of Chinese Taipei dominated against Jamuna Boro of India 5-0.

The top seed is scheduled to fight Caroline Cruveillier in the final after the French boxer squeezed past Mikiah Kreps of the US 3-2.

Gold-medal bouts are due to take place tomorrow, the last day of competition.