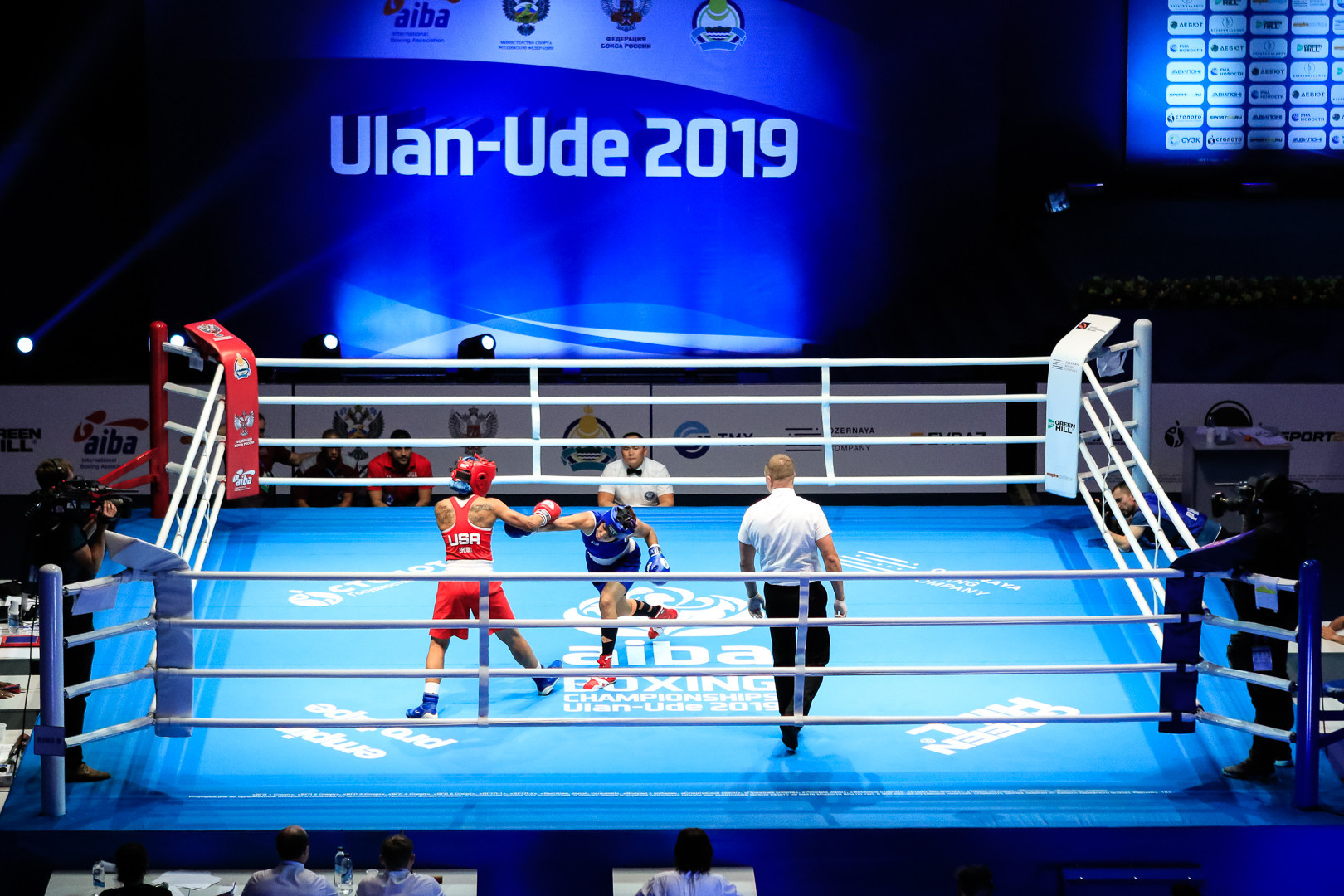 The two boxers met in the quarter-finals, with Yang edging past the welterweight top seed 3-2.

Now guaranteed at least a bronze medal, her semi-final opponent will be Lovlina Borgohain of India, a 4-1 winner against Karolina Koszewska of Poland.

Busenaz Sürmeneli unanimously defeated Christina Desmond of Ireland to set up a clash with Dalgatova.

There was another upset in the light flyweight division, Manju Rani of India triumphing 4-1 against top seed Kim Hyang-mi of North Korea.

Chuthamat Raksat of Thailand will fight Rani next, having secured a unanimous win over Sevda Asenova of Bulgaria.

England's Demie Resztan then narrowly defeated Roberta Bonatti of Italy 3-2 and is scheduled to come up against home favourite Ekaterina Paltceva.

The Russian boxer dominated against Rabab Cheddar to receive a unanimous decision.

Mira Potkonen continued her impressive campaign in the lightweight division, with the top seed beating Amy Broadhurst of Ireland 5-0.

Wang Cong of China got the same result against Monkhor Namuun of Mongolia to set up a semi-final bout with Potkonen.

Despite the stiff challenge, Manju Rani remained calm under pressure and secured a 4️⃣-1️⃣ win over the top seed- Kim Hyang Mi of 🇰🇵 at the#AIBAWomenWorldBoxingChampionship !

Her next opponent will be Rashida Ellis of the US, a 4-1 victor against Sudaporn Seesondee.

Huang Hsiao-wen of Chinese Taipei continued her bantamweight title defence with a unanimous win over Aira Villegas of the Philippines.

She will battle against Jamuna Boro next, with the Indian boxer overcoming Ursula Gottlob of Germany 4-1.

Caroline Cruveillier of France unanimously defeated Antonia Konstantopoulou of Australia, with Mikiah Kreps of the US waiting in the semi-finals.

In the light heavyweight division, defending champion Wang Lina of China recorded a unanimous victory against Fariza Sholtay of Kazakhstan.

She will have to face a home favourite next, coming up against Zenfira Magomedalieva of Russia, a 5-0 winner over Ezozakhon Melieva of Uzbekistan.

Nguyễn Thị Hurong of Vietnam and Elif Güneri of Turkey make up the remaining final after they both squeezed past their respective opponents, Krystal Graham of the US and Irina Schönberger of Germany, 3-2.

The semi-finals are on Friday (September 12) following a rest day tomorrow.