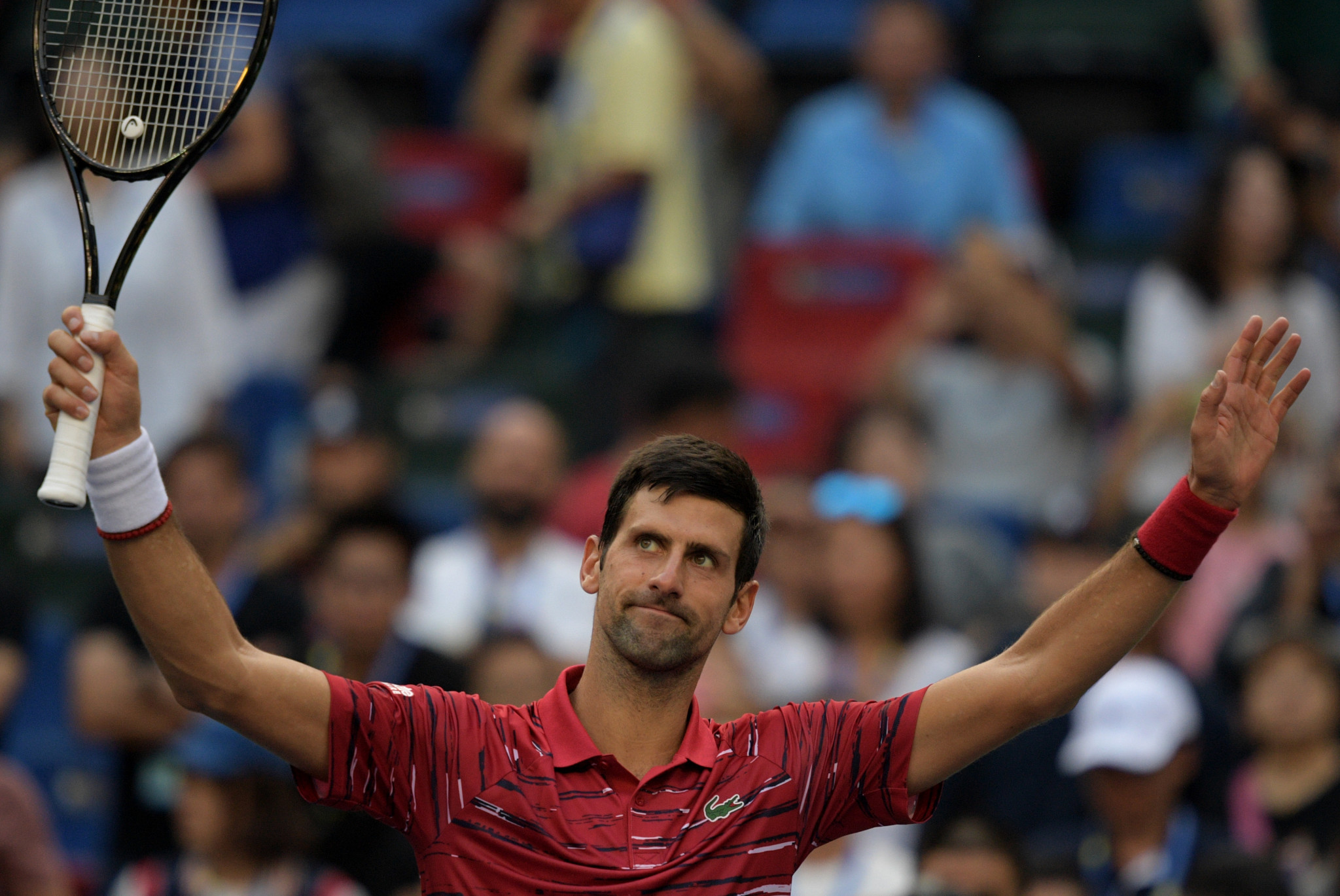 World number one Novak Djokovic continued his quest for a 34th Association of Tennis Professionals Masters 1000 crown by reaching the quarter-finals of the Shanghai Masters today.

The four-time champion broke down 16th-seeded American John Isner's big serving game and did not face a break point on his way to a 7-5, 6-3 win over one hour and 15 minutes at the Qizhong Forest Sports City Arena.

Djokovic, who captured the 76th trophy of his career at last week's Japan Open, has now won 14 sets in a row since injury forced him out of the US Open.

The Serb was left frustrated at not making an early breakthrough, but eventually broke Isner's serve, to love, in the 12th game.

Djokovic won 20 of 25 points from 5-5 in the first set to a 3-0 advantage in the second and, in losing just five of his 41 first-service points overall, left Isner with few options to get back into the match.

"I'm very happy with the way I am playing," he said.

"This is one of the best serving matches I've played."

Also through to the last eight is Swiss legend Roger Federer after the second seed fought hard to oust Belgium's David Goffin 7-6, 6-4.

Standing between the two-time champion and a place in the semi-finals is fifth-seeded German Alexander Zverev, a 6-0, 7-6 victor over Russia's Andrey Rublev.

The US Open runner-up, who triumphed at last month's St Petersburg Open, registered a 7-6, 7-5 win to extend his recent record to two losses in his past 24 matches.