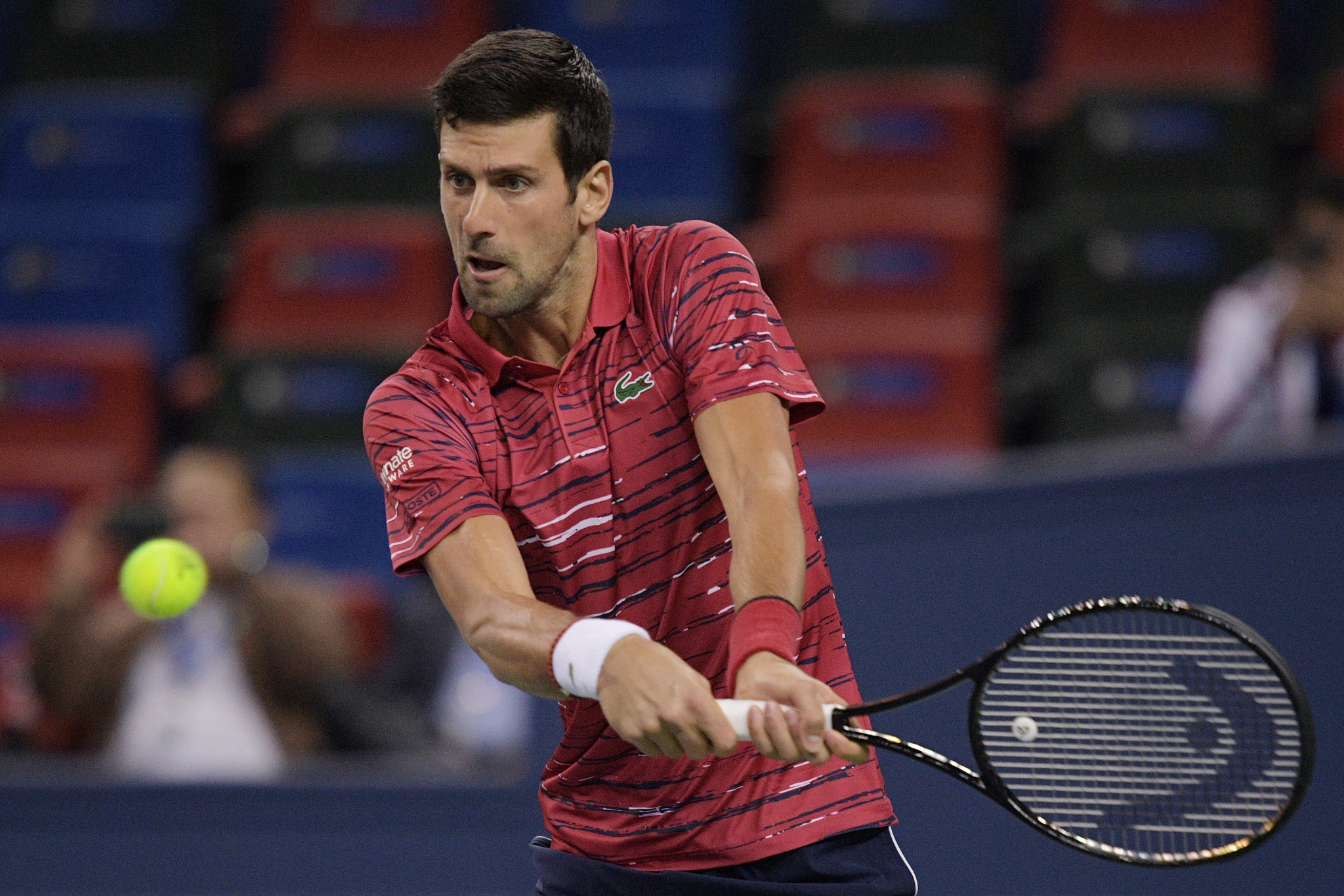 Novak Djokovic began his title defence at the Shanghai Masters with a comfortable win over Canada's Denis Shapovalov.

The world number one and top seed triumphed 6-3, 6-3 at the season's penultimate Association of Tennis Professionals (ATP) Masters 1000 tournament at the Qizhong Forest Sports City Arena.

Djokovic upped the pressure at 4-3 in the opening set, with Shapovalov serving.

The Serbian broke when a backhand approach from his opponent clipped the net and landed out.

The pressure intensified in the second set and a loose service game from Shapovalov at 2-2 marked the beginning of the end.

Djokovic, a 33-time ATP Masters 1000 titlist, won all 10 sets he played last year in Shanghai and did the same last week, winning the Japan Open in Tokyo.

Standing between him and a place in the quarter-finals is 16th-seeded American John Isner, who hit 19 aces in beating Australian Open semi-finalist Lucas Pouille of France 7-5, 6-3.

Zverev saved three set points in the first-set tie-break en route to a 7-6, 7-6 win in one hour and 47 minutes.

Among the other victors were sixth seed Stefanos Tsitsipas of Greece, seventh seed Karen Khachanov of Russia and eighth seed Roberto Bautista Agut of Spain.

Belgium's David Goffin earned a clash with Swiss legend Roger Federer after Kazakh opponent Mikhail Kukushkin retired in the second set of their match when trailing 2-6, 0-3.