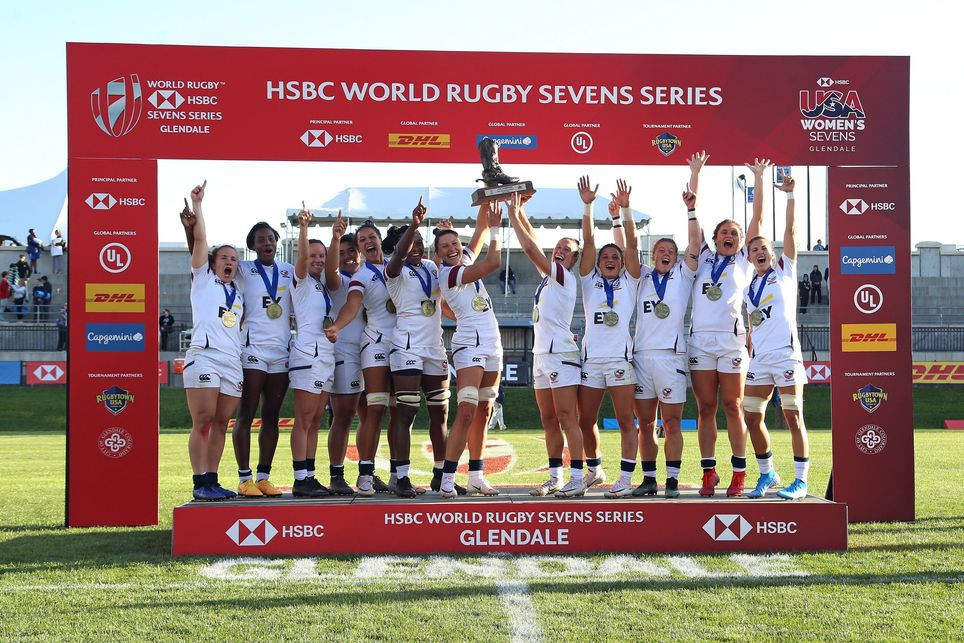 United States won the opening leg of the World Rugby Women's Sevens Series on home soil after beating Australia 26-7 in the final in Glendale.

The Americans had never won their home USA Sevens event before but were superb in the gold medal game at Infinity Park as Nicole Heavirland ran in two tries.

Alev Kelter and Ilona Maher also crossed the whitewash as the US started the season in style.

The hosts reached the final after a superb 19-17 win over defending overall champions New Zealand and they also dramatically beat Canada 29-26 in the last eight.

They have now won two tournaments in a row after also triumphing at the last event of the 2018-2019 season in Biarritz in France.

Only Australia, the reigning Olympic gold medallists, and New Zealand have achieved that feat before.

"The home crowd, thanks to them.

"Numbers one to 12, all the girls back home, we wouldn't have won without them.

"A shout out to all the staff as well for pushing us and believing in us."

The Americans won their semi-final after New Zealand's Kelly Brazier missed a conversion in the final seconds which would have brought her side level.

It reversed the result of the 2018 final between the two sides, when the Kiwis thrashed the hosts 33-7.

In the quarter-finals, the US trailed Canada 26-22 in the dying embers but Cheta Emba scored a try to win the game.

The Americans had only qualified from the pool phase in second place after losing their clash with France yesterday.

"It's been a huge 12 months for our programme, a few staff changes and bringing in girls," added Gustaitis, whose side finished second overall behind New Zealand last season.

"We continued to build on that [2018] performance from Glendale and we don't want to be in that situation again."

Australia's path to the gold medal match was much more smooth as the two-time overall champions negotiated the quarter-finals and semi-finals without conceding a point, beating Russia and France 38-0 and 40-0 respectively.

New Zealand, aiming for a sixth seasonal title in all, beat Ireland 36-10 in the quarter-finals while the French saw off Spain 26-7.

The next leg of the season is the Dubai Sevens, beginning on December 5.