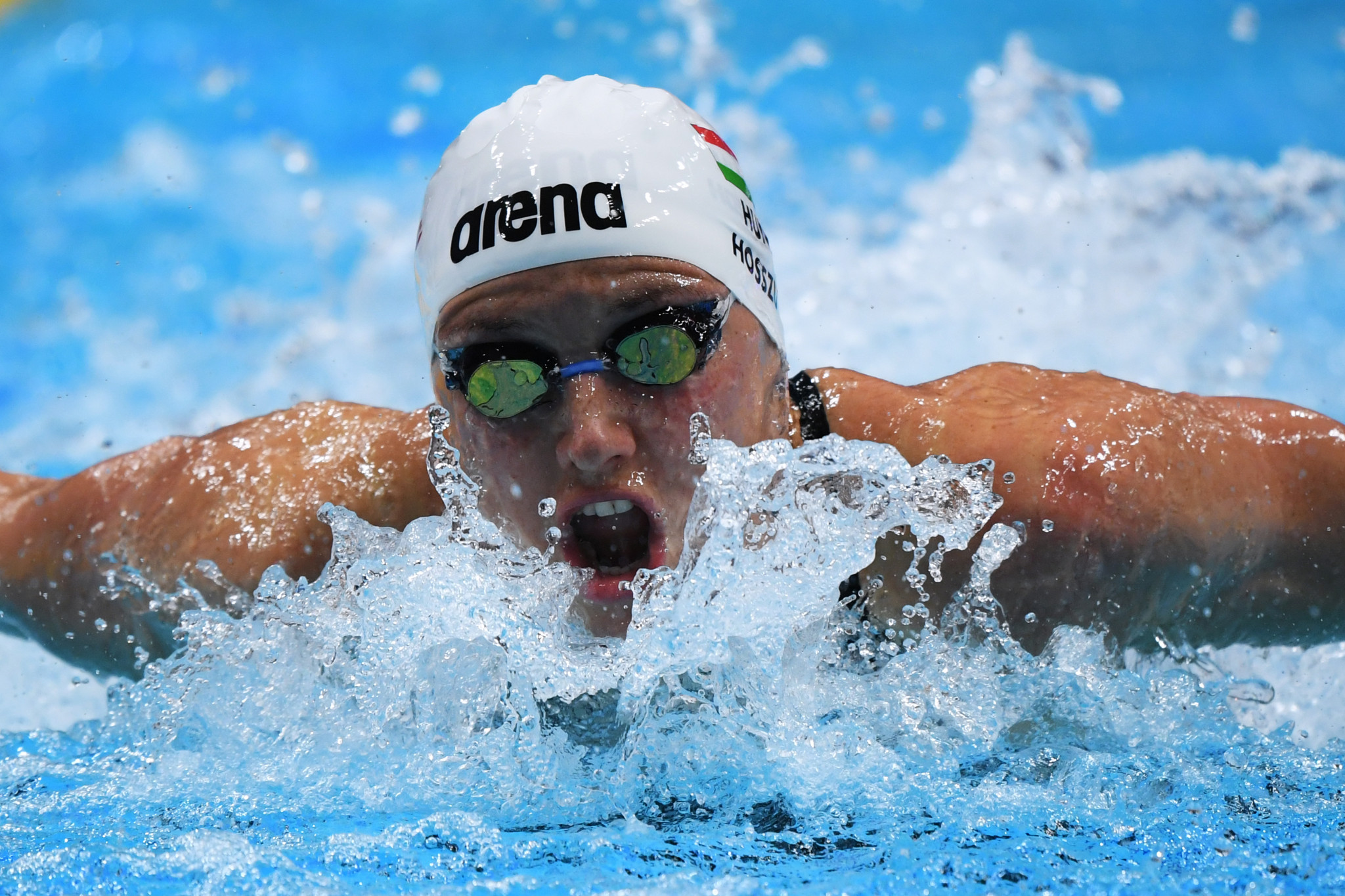 The three-time Olympic champion ensured a fitting finale to the event for the Hungarian crowd inside the Duna Arena by clocking a time of 2min 09.56sec.

Lithuania's Danas Rapšys claimed his second title of the event as he triumphed in the men's 200m freestyle in 1:45.97.

Rapšys touched the wall ahead of Kristóf Milák of Hungary and Japan's Katsuhiro Matsumoto, second and third, respectively.

Cate Campbell 🇦🇺 is a candidate for the overall title this year, and she took her first 🥇 here in Budapest in the Women’s 100m Freestyle ahead of Sweden’s Michelle Coleman and Ranomi Kromowidjojo of the Netherlands. #SWC19 #SWIMMING pic.twitter.com/pai0RYqae6

Szebasztián Szabó added to the Hungarian success on the final day of the competition, earning his first individual World Cup win by topping the podium in the men's 50m freestyle.

Szabó clocked 23.22 to fend off the challenges posed by Russia's Andrey Zhilkin and Michael Andrew of the United States, who claimed silver and bronze, respectively.

Australia's Cate Campbell impressed in the women's 100m freestyle as she beat Sweden’s Michelle Coleman and Ranomi Kromowidjojo of the Netherlands with a time of 53.00sec.

Coleman was 0.45 seconds adrift in second, while Kromowidjojo did enough for third after finishing in 53.81.

The Swimming World Cup circuit is due to continue with the fifth event of the series in Berlin from Friday to Sunday (October 11 to 13).