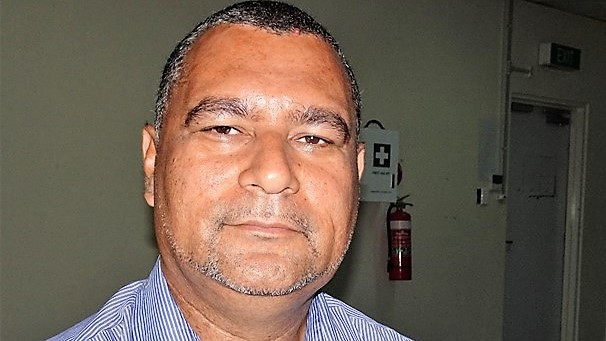 FIFA have banned another ally of disgraced former vice-president David Chung for financial wrongdoing linked to Papua New Guinea hosting the Under-20 Women's World Cup in 2016.

Gonjuan was investigated after an audit "revealed a conflict of interest with a company owned by Mr Gonjuan and the receipt of an unjustified amount" linked to the 2016 event won by North Korea.

The amount of money was not specified.

The FIFA Executive Committee, including Chung and chaired by Sepp Blatter, awarded the women's tournament to Papua New Guinea in March 2015.

FIFA revealed Gonjuan, who was PNGFA vice-president, was charged with conflict of interest and accepting gifts, the same charges Chung was found guilty of in March.

Gonjuan is just the latest high-ranking official in Oceania to be punished for corruption by FIFA.

It followed a financial probe into the construction of the new Oceania Football Confederation (OFC) "Home of Football" headquarters in Auckland in New Zealand.

FIFA said they uncovered "potential irregularities" with the $20 million (£14 million/€16 million) project, which led to them cutting funding to the region.

Also caught up in the scandal was OFC general secretary Tai Nicholas, banned for eight years and fined CHF50,000.

Chung had succeeded Reynald Temarii as OFC President in 2010 after the Tahiti official was banned from football for eight years, following the FIFA World Cup bid vote-buying scandal in connection with the 2018 and 2022 campaigns.

Earlier this year, Lee Harmon, President of the Cook Islands Football Association and a member of the FIFA Executive Council, was banned for three months and fined CHF20,000 (£15,000/$20,000/€17,500) for reselling tickets at last year's World Cup in Russia.

It has been a busy week of disciplinary action at FIFA.

Former vice-president Eugenio Figueredo and ex-Confederation of North, Central American and Caribbean Association Football general secretary Enrique Sanz were both also banned for life, after being found guilty of bribery.