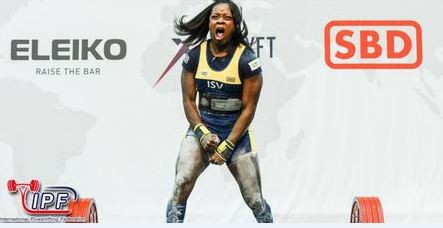 The International Powerlifting Federation (IPF) has announced plans for a new Champion of Champions event, to be held in Britain next March.

The IPF Sheffield 2020 Championship, due to take place on March 28 and 29, will be held in partnership with SBD Apparel and is set to see 12 men and women battle it out to be crowned champion at the two-day event.

"We are excited to announce this new partnership with the IPF, which will see us celebrate the world’s strongest powerlifters in a new category of IPF event," SBD Apparel chief executive Benjamin Banks said.

"It has long been our aim to elevate the sport of powerlifting to new heights, and we look forward to welcoming lifters and fans for what we expect to be a spectacular event next March."

A prize pot of £250,000 ($308,000/€211,000) will be on offer at Sheffield City Hall with participants from six continents needing to have competed in an IPF world or regional Classic Powerlifting event.

Among the eligibility criteria, competitors must have achieved, or be capable of achieving 700 IPF points and not be under an IPF suspension.

Anyone with prior anti-doping offences which warranted a ban of more than one year will not be eligible.

The 2019 IPF Open Classic World Champion will be given priority to compete in the tournament, with the first, second and third best lifters next in a hierarchic selection process.

The third selection level would see powerlifters with the highest IPF points performance from unrepresented regions being selected with remaining slots being awarded as wildcard entries.