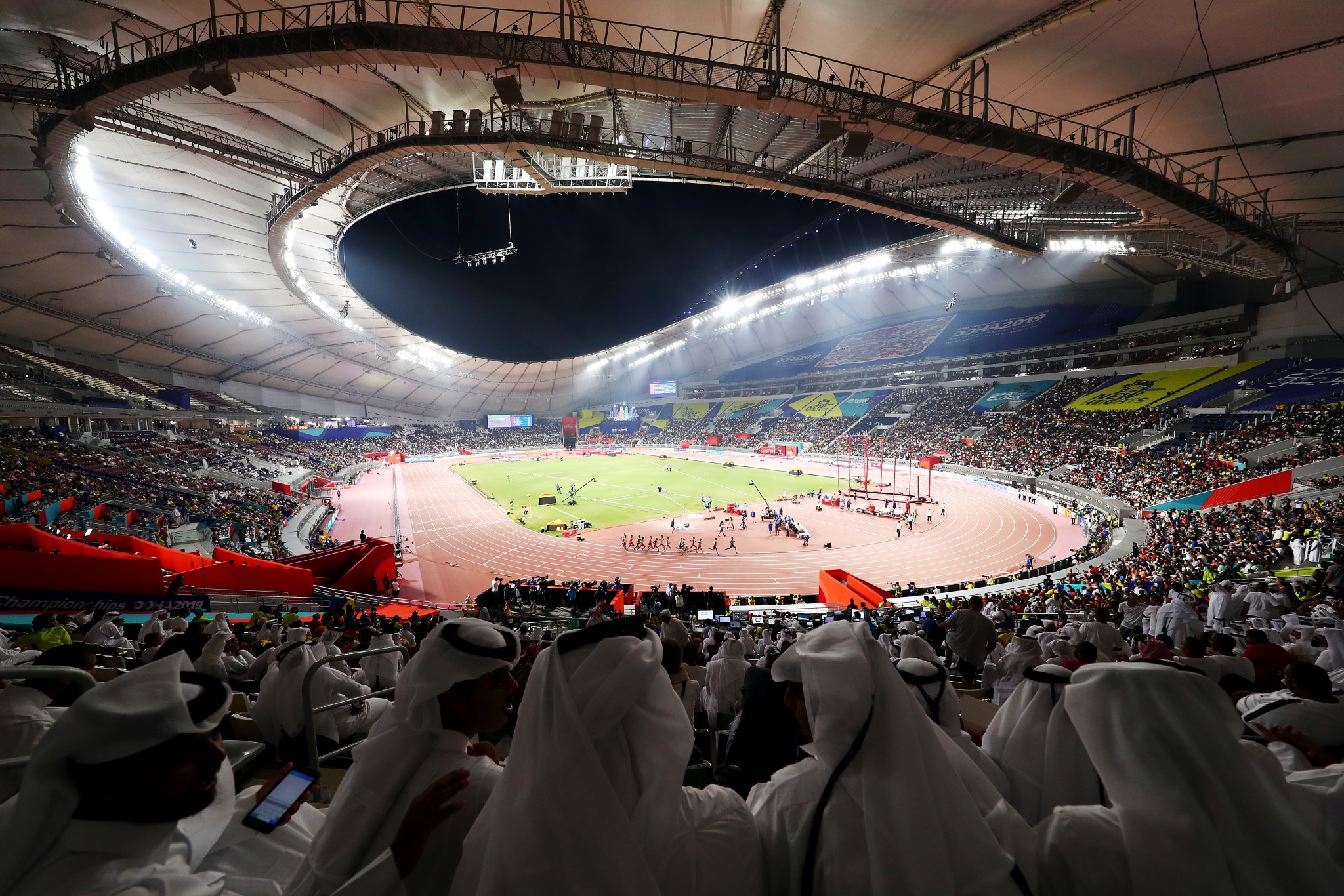 Free tickets are being offered to students and their families to attend the International Association of Athletics Federations (IAAF) World Championships in a late attempt to try and boost attendances.

The Qatar Foundation, a non-profit organisation founded by the previous Emir, has sent a letter to its community members giving them the chance to visit the Championships, concluding on Sunday (October 6).

The poor crowds have been the main talking point of these Championships, with the Khalifa Stadium, whose capacity had already been slashed from 40,000 for the event to 17,000, mostly empty since they started last Friday (September 27).

"In collaboration with the Olympic Committee, we are pleased to inform you that starting today and for the remainder of the competition, we are offering free entry for our community to attend (including employees, students and their families)," the email said.

Those wishing to take up the offer are given a special access code they can redeem at one of the ticket booths outside the stadium.

The benefits of the new policy were clear immediately with an noticeable uplift in the size of the crowd.

The offer came less than 24 hours after IAAF President Sebastian Coe had riled against the negative international publicity that the lack of crowds have been generating.

Our very own @mutazbarshim has made it to the final stage for the men's high jump event in the @iaafdoha2019! We're all extremely proud, and are rooting for you! Show your support for Mutaz this Friday at 8:15pm. Leave a 🇶🇦 below to show your support! #WorldAthleticsChamps pic.twitter.com/c4Q4RtlkBp

The Qatar Foundation was established in 1995 by then-Emir Sheikh Hamad bin Khalifa Al Thani and his second wife Moza bint Nasser, and was designed to help the country establish itself as a leader in education, science, and cultural development on both a regional and global scale.

"The Qatar Foundation is a non-profit organisation made up of more than 50 entities working in education, research and community development," a spokeswoman for Doha 2019 told insidethegames.

"The LOC (Local Organising Committee) has purchased tickets and distributed them to Qatar Foundation, as part of our marketing outreach to schools and higher education.

"This has always been part of our approach and we are delighted they are giving people the opportunity to attend a major international event.

"We have engaged over 100 schools across Qatar as part of our commitment to the growth of athletics in our country."

The benefits of offering free tickets should be even clearer tomorrow when Qatar's main hope for a gold medal at these Championships, Mutaz Essa Barshim, is due to compete in the final of the men's high jump.

He is a student at the Qatar Foundation.