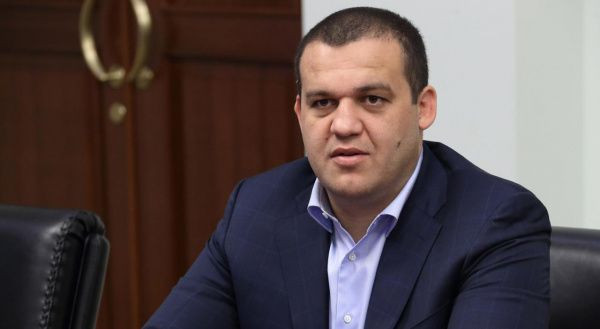 With competition starting here on Thursday (October 3), Kremlev revealed that the 10-strong Russian squad is expected to impress.

Their male counterparts did just that in Yekaterinburg last month, finishing second in the medal table with three gold medals and one bronze.

"The Russian women's team has been tasked to take the first team place," Kremlev said.

"It's not worth talking specifically about the number of medals now, but the goal has already been announced before the coaching staff - the first team place.

"We must try to achieve this result.

"Plus, there is an example of a men's team, and their performance at the World Cup in Yekaterinburg should motivate our women's team.

"Our team has gathered good athletes - I want to wish the girls good luck."

Included in the team is Zemfira Magomedalieva, the 2014 world and 2019 European heavyweight champion.

Lightweight boxer Natalia Shadrina, who originates from Ulan-Ude, has been named team captain.

Russian two-time world and three-time European champion, Sofya Ochigava, also emphasised the importance of a home crowd and expressed support for the hosts, having retired from boxing in 2015.

"See how the guys performed in Yekaterinburg.

"Now the most important thing is to competently approach the tournament, psychologically set up and try to achieve a good result.

"The girls will compete in 10 weight categories, and if our girls take three gold, it will be more than excellent.

FSK Sports Complex will host the tournament until October 13, with 809 athletes from 75 countries expected to compete across 10 weight divisions.