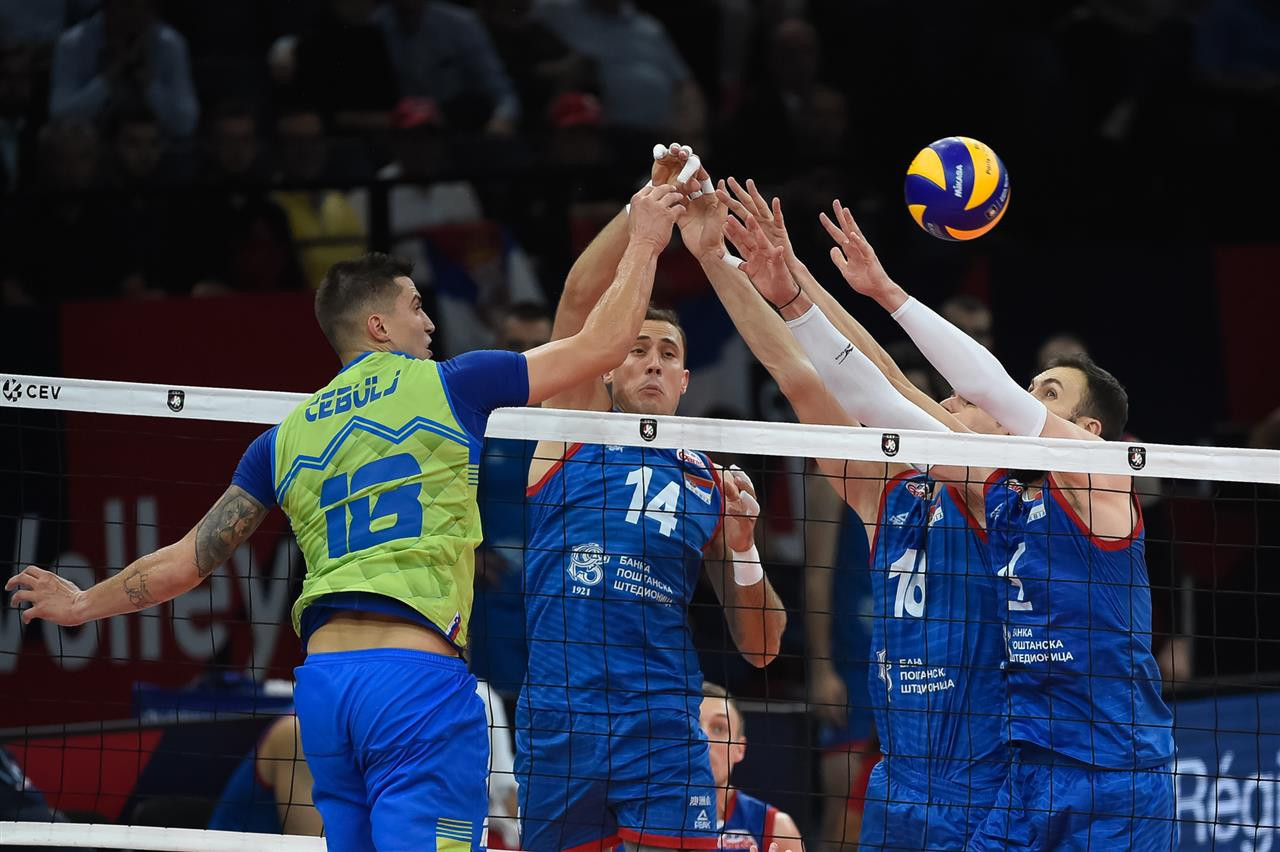 Serbia have won the men's European Volleyball Championships after a 3-1 victory over Slovenia at the AccorHotels Arena in Paris.

Slovenia were surprise finalists after beating world champions Poland in the semi-final, and also upset Bulgaria and Russia in previous rounds, and started well.

Alen Pajenk and Jan Kozamernik were sensational in the opening set, scoring 100 per cent of their attempts, and finished the game with 12 and nine points respectively.

Roared on by a crowd which was majority Slovenian fans, it looked as though they had the momentum only for the 2011 European champions Serbia to up their game in the second set.

Srećko Lisinac was sensational in defence, while in attack Uroš Kovačević was near unstoppable on his way to 20 points in the match.

Serbia won the second and surged into a 7-1 lead in the third set, and though Slovenia did their best to stem the tide, the match now only had one course.

Eventually, Serbia saw the match out for their third European crown - having won in 2001 as Yugoslavia - while Slovenia matched their previous best finish of runner-up from 2015 when they lost to France.

It also sees Serbia avenge their World Championship disappointment from last year, when they finished fourth and missed the medals.