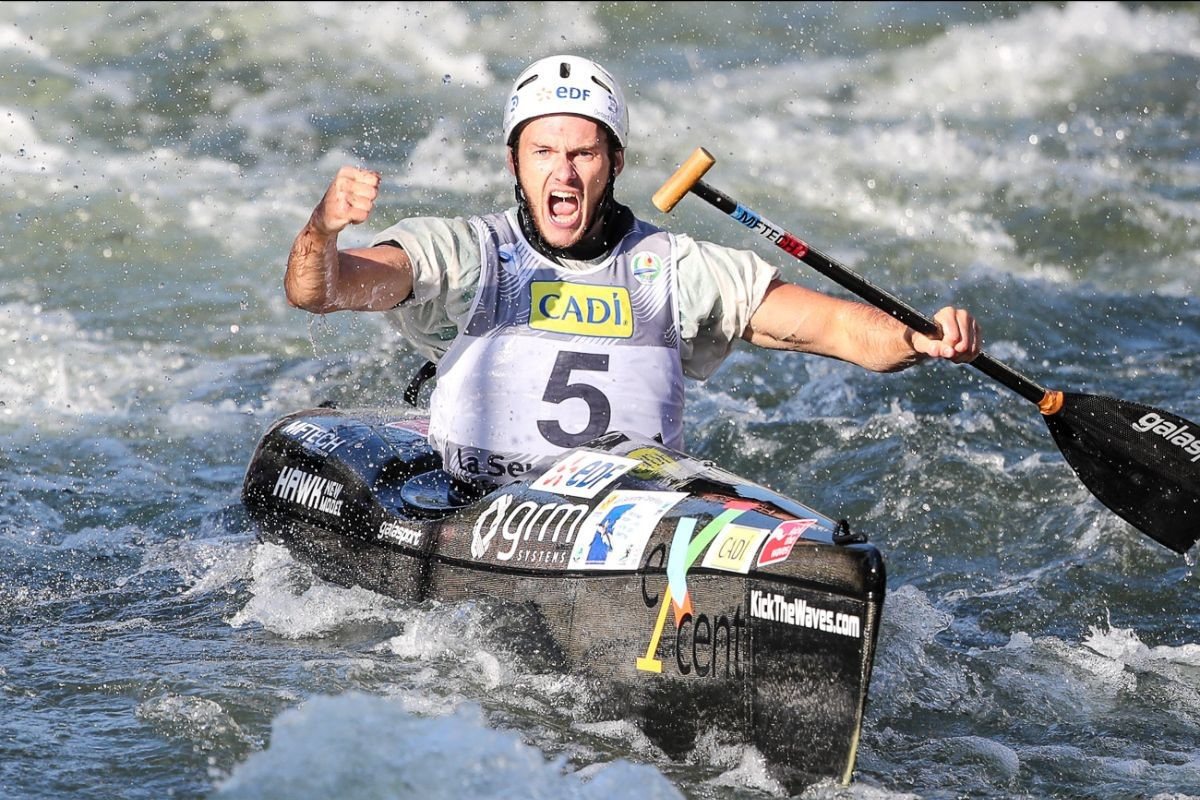 Louis Lapointe was in superb form as he won two of the country's titles in the C1 and C2 in Spain.

In the individual class Lapointe timed in at 58.02sec as he pipped the Czech duo of Ondrej Rolenc and Vladimir Slanina.

Rolenc, who was looking for a fourth world title, was 0.44 seconds back with Slanina 0.89 off the pace.

The C2 saw Lapointe join forces with Tony Debray to triumph in 57.56.

They were 0.41 seconds in front of Czechs Marek Rygel and Petr Veselý, with France's Stephane Santamaria and Quentin Dazeur third and 0.43 seconds behind.

"To become a world champion is a dream for me that has now come true," said Lapointe.

"We do a lot of training and a lot of racing here.

"I've done a lot of training and a lot of work to do a run like this so I'm proud of it."

In the women's K1, Phenicia Dupras won in 1:00.49 for France as the Czech pairing of Anežka Paloudová and Barbora Dimovova were 0.05 and 0.29 seconds behind respectively.

The women's C2 also ended up in French hands as Elsa Gaubert and Margot Beziat stopped the watches at 1:05.80.

In the men's K1, Nejc Žnidarčič collected a fourth world title for Slovenia in a time of 53.93.

He triumphed by just 0.01 seconds in front of France's Felix Bouvet with another Frenchman, Hugues Moret, third and 0.17sec behind.

Martina Satkova took women's C1 gold for the Czech Republic in 1:06.18, a victory of 0.61 seconds in front of defending world champion Cecilia Panato of Italy.

She had been among the favourites in the K1 but an error saw her end 14th.