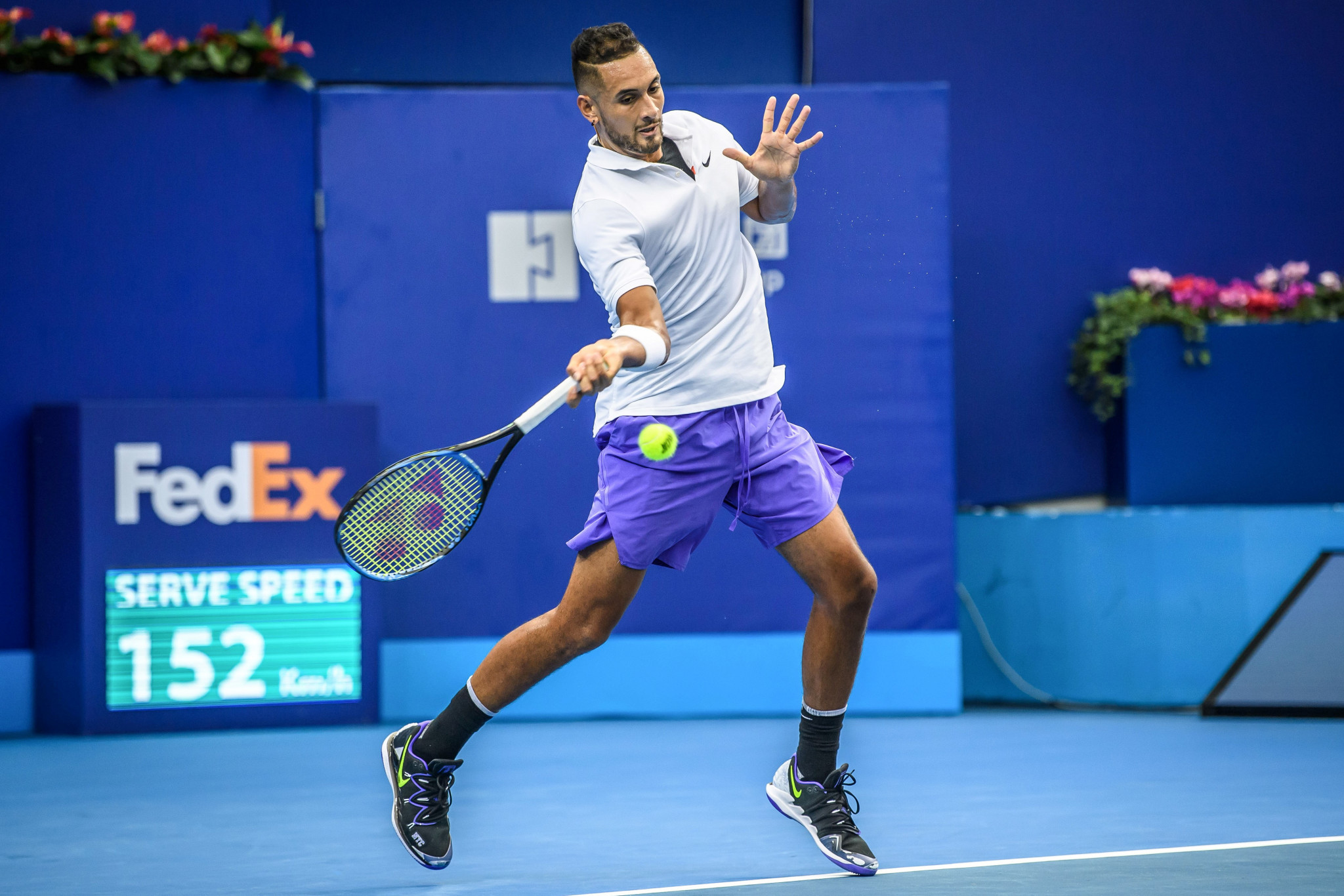 Controversial Australian Nick Kyrgios has been given a suspended 16-week ban by the Association of Tennis Professionals (ATP) for "aggravated behaviour" over the past year.

In a statement, the ATP revealed the sanction was subject to a six-month probationary period.

An investigation by the ATP found "a pattern of behaviour related to Kyrgios' verbal abuse of players and/or spectators in the past 12 months".

It follows several incidents involving the 24-year-old, most recently at the Cincinnati Masters in August, where he smashed two racquets and swore at chair umpire Fergus Murphy.

The Australian will be banned if he commits any further breaches of the code during that period, while he will also be given "continued support from a mental coach while competing at ATP Tour events".

Kyrgios has been ordered to seek "additional support...from a professional specialising in behavioral management" during the off-season, between November and December.

He has five working days to appeal the decision from the ATP.

Kyrgios has never been far from the headlines this year following numerous incidents at major tennis tournaments.

He was warned by umpire James Keothavong during his first-round match at the US Open last month and later claimed the ATP was "corrupt" in response to his fine for his conduct in Cincinnati.

Kyrgios later insisted it was "not the correct choice of words" but accused the ATP of "double standards".

A separate investigation cleared the Australian of wrongdoing relating to the comments made towards the ATP.

In May, Kyrgios was fined for hurling a chair and kicking a bottle at the Italian Open and was given another fine for his behaviour at Queen's Club in London the following month.

In a statement clarifying his "corrupt" comment about the ATP, Kyrgios acknowledged some of the punishments he had received were justified.