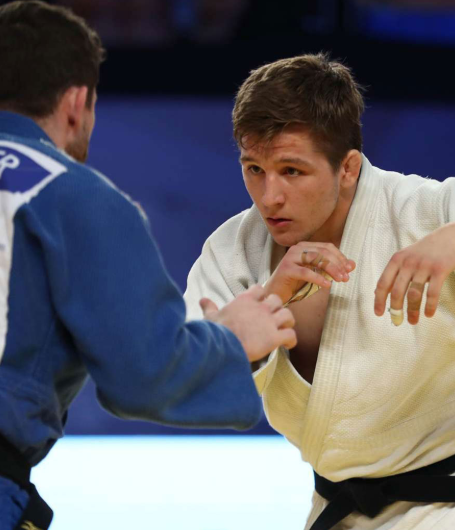 The world of judo has been left in shock following the sudden death of American athlete Jack Hatton at the age of just 24.

He won two Pan American Open events in 2017, finished fifth at the Pan American Games in Lima, and was a candidate to qualify for the 2020 Olympics.

USA Judo announced the "unexpected" news in a statement on their website, and "extend our sincere condolences to the Hatton family, and Jack's team mates, coaches and friends".

"Jack was one of America’s top judo players and was a multi-time medallist for USA Judo in various competitions across the globe," the statement read.

"Jack made an indelible mark on all who had the pleasure of knowing him, and he will not be forgotten.

"We grieve with the entire USA Judo and international judo community during this tough time.

"USA Judo is in the process of providing grief counselling services for those in need and will share information on services for Jack as they become available."

A statement on the IJF website said the organisation "sends its deepest condolences and support to USA Judo", while President Marius Vizer also paid tribute on Twitter.

"I'm deeply moved by the sudden death of Jack Hatton," he wrote.

"On behalf of judo I send my sincere condolences and wishes to USA Judo and Jack's family and friends."

Hatton fought in the under-81 kilograms division, and his fellow competitors reacted with shock at the news.

"Jack was one of the best US judoka and a top athlete at the under-81kg division," Israel's world champion Sagi Muki said.

"I'm so sad to hear this and I hope he is in a better place.

"I had a tough fight with him.

"My heart is broken."

Iran's Saeid Mollaei, world champion in 2018, wrote on social media: "You will always be remembered by the judo family and will rest in peace with God, my condolences to your family."

A cause of death has not been officially revealed at the time of publication.