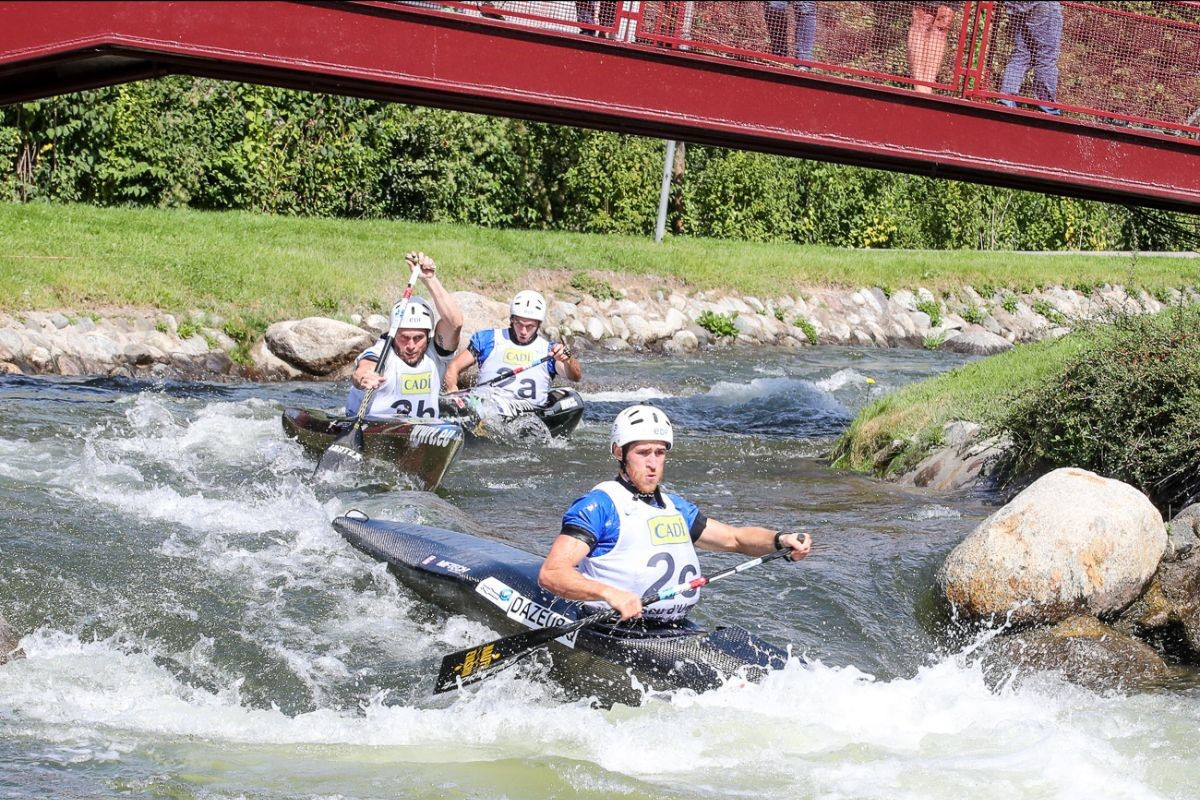 The country clinched team titles in men's C1, men's C2 and women's C1 after a fine day of paddling in Spain.

Louis Lapointe, Tony Debray and Quentin Dazeur combined to win the men's C1 event in 61.67sec, a victory of 1.94 seconds in front of the Czech Republic.

"We are very happy, it was a good race," Debray said.

"We had a very good start, and the second part was just okay.

"The objective was to win, so we are very happy."

In the men's C2, Lapointe, Debray and Dazeur tasted success again as they teamed up with Stephane Santamaria, Lucas Pazat and Ancelin Gourjault to triumph.

They ended nine seconds in front of Germany in a time of 61.00 with the Czechs third, nearly 10 seconds off the pace.

Elsa Gaubert, Helene Raguenes and Margot Beziat joined forces to win the women's C1 in a time of 72.46.

The Czechs were 4.59 seconds behind in silver medal position with Germany 9.21 behind in bronze.

In the women's K1 team event the Czechs did taste success as Martina Satkova, Anezka Paloudova and Barbora Dimovova timed in at 64.60 to edge out France by just 0.78 seconds.

"At the beginning we made a little mistake, so at the first split time we were sitting in second or third place, so when we got to the finish line and I saw we were first, it was so amazing," Satkova said.

"This is such a hard course, it's really easy to make a mistake."

Germany ended 1.78 seconds adrift of the Czechs for third.

Slovenia came out on top in the men's K1 team thanks to Simon Oven, Anze Urankar and Nejc Žnidarčič who stopped the watches at 58.08.

France earned another medal with silver just 0.40 seconds back as the Czechs ended third, 1.17 adrift.

Individual heats are due to begin tomorrow.