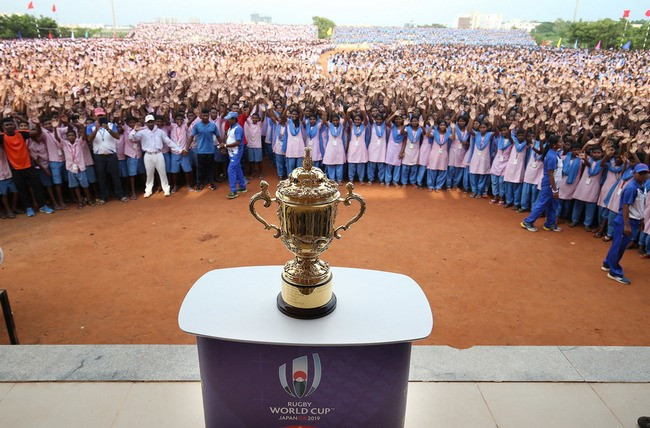 World Rugby has promised Indian viewers "extensive coverage" of the World Cup in Japan after it reached a broadcast deal with Sony Pictures Networks India.

The company, a subsidiary of the Sony corporation, has acquired exclusive rights of the tournament as part of the deal.

Coverage will be shown on the SONY TEN 2 channels and will be live streamed on SPN’s premium on demand service, SonyLIV.

Exclusive television and digital rights in Afghanistan, Pakistan, Bangladesh, Nepal, Bhutan and the Maldives are also included under the terms of the agreement.

World Rugby chief executive Brett Gosper said the global governing body was delighted with the deal to show action from the World Cup in a country where the sport has enjoyed "unprecedented interest".

"There is a great sense of momentum building in India, as demonstrated by the record-breaking turn out and political support for the Rugby World Cup 2019 trophy tour last year," Gosper said.

"It was fantastic to see that rugby in India is being embraced by players and fans from all backgrounds and social classes, in keeping with World Rugby’s ethos of a game for all."

"Our telecast of Rugby World Cup 2015 showed us that rugby has a passionate following in India and we are bringing this tournament back on our channels to ensure all our viewers have access marquee tournaments on our network," said Kaul.

"Rugby as a sport is extremely engaging to watch which makes it the perfect addition to our sports offering."

India did not qualify for the 20-team tournament, which began on Friday (September 20) and concludes with the final on November 2.